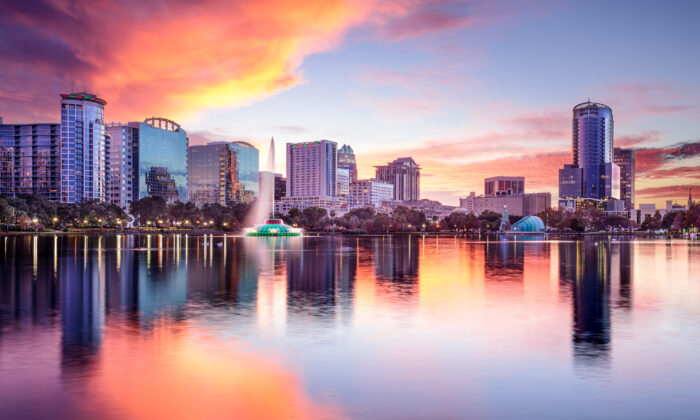 The City of Orlando, Florida, has apologized for its official message about the July 4 holiday that questioned why people would want to celebrate it at all.

“A lot of people probably don’t want to celebrate our nation right now, and we can’t blame them,” the original statement in a July 1 “City News” email newsletter read. “When there is so much division, hate, and unrest, why on earth would you want to have a party celebrating any of it?

“But in all seriousness, you know in your heart, Fourth of July fireworks are amazing, especially when you are standing in 90° heat, 100% humidity, next to 100,000 of your closest friends. In that moment, something takes over and we all become united in an inexplicable bond. Yes, America is in strife right now, but you know what … we already bought the fireworks.”

“Yikes. City of Orlando, is this your official position on our country and on 4th of July?” Pushaw wrote on Twitter.

The city released an apology the next day, saying it “sincerely regrets” the “negative impact” the message had on “some in our community.”

“We understand these words offended some of our residents, which was not our intent,” the city wrote in its apology. “We value the freedoms we have in this country and are thankful to the men and women who have fought and continue to fight for those. We take pride in celebrating the 4th of July to express our gratitude to those men and women and honor the country we live in.”

Florida state Rep. Anna Eskamani, a Democrat, whose House district covers parts of Orlando and Orange County, said the city shouldn’t have apologized for saying what “many Americans” feel about the holiday.

“Y’all do not need to apologize—your first email captured the tone of how many Americans (and Orlandoans) are feeling right now,” Eskamani wrote on Twitter. “It’s ok not to be ok.”

Pushaw called out Eskamani’s response, saying this is an example that Democrats “do not have the same view of America as we do.”

“Democrat elected official shares negative sentiments about 4th of July, does not think that the City of Orlando should have issued even a tepid apology to those who love America and were offended,” the spokeswoman wrote.

Read More
Civic Virtues as Moral Facts: Recovering the Other Half of Our Founding

“Your Republican leaders, they’re banning books,” Newsom says in voiceover of images of DeSantis, accusing Republican governors of “making it harder to vote, restricting speech in classrooms, even criminalizing women and doctors.”

“I urge all of you living in Florida to join the fight or join us in California,” Newsom says in the ad, although the latest census data shows a mass exodus from California.

According to the U.S. Census Bureau, California experienced a net loss of 261,902 people from the year between July 1, 2020 to July 1, 2021 alone. By contrast, Florida is the nation’s second largest gainer of population, adding 211,196 residents during the same period.