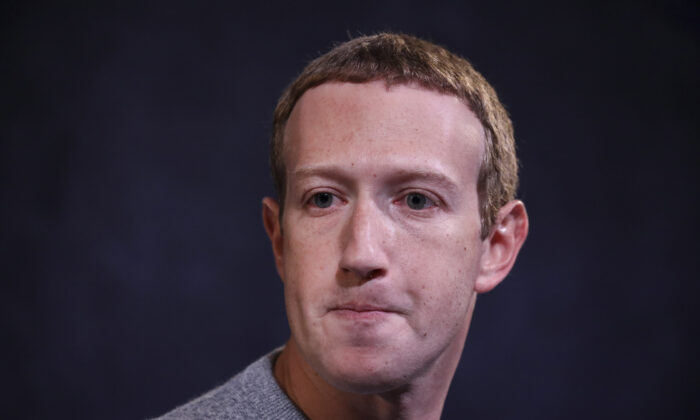 Mark Zuckerberg admitted that Meta failed to anticipate major changes in social media use that contributed to the success of its rival TikTok, which he called a “very effective competitor.”

In an interview with Stratechery on Oct. 12, Zuckerberg said that he “sort of missed” the way that people currently “interact with discovered content” through social media.

The founder of Facebook said that social media users are increasingly using their social media “feeds” to find useful content, rather than for just sharing content with friends and family.

Although people are still interacting with posted content through social networking services, fewer are spending time doing so.

Social media trends “by and large shifted to you use your feed to discover content, you find things that are interesting, you send them to your friends in messages and you interact there,” Zuckerberg said.

“So in that world, it is actually somewhat less important who produces the content that you’re finding, you just want the best content.”

Meta had poured more than $15 billion into its “metaverse” project since the beginning of last year, but has since reported over $5 billion in losses in the first half of 2022.

Meanwhile, the rise of the Chinese-owned video app, TikTok, has taken Meta by surprise, after failing to anticipate how it would revolutionize social media use.

Zuckerberg said that he was “somewhat slow to this because it didn’t fit my pattern of a social thing, it felt more like a shorter version of YouTube to me.”

The growth of TikTok is now a significant threat to Facebook and has overtaken it in popularity, especially among younger users.

TikTok’s success has been tied to its unique algorithm, which excels at recommending short videos to users based on their viewing habits and user history.

Zuckerberg wants Meta to focus on developing AI to emulate its Chinese rival, by recommending a wider range of content to users for its current apps, instead of just featuring short clips.

The California-based company is focused on building up Instagram Reels in response to TikTok, with its own new AI algorithm, according to Bloomberg.

“Sometimes, I want to watch specifically videos, but a lot of the times, I just want the best stuff,” Zuckerberg commented.

The interview came shortly after Meta released its much hyped $1,500 Quest Pro virtual reality headset last week, for use with the tech company’s so-called “metaverse.”

Zuckerberg has been focused on his vision of what he calls the “metaverse,” a virtual world where people can work, shop and socialize.

The CEO claimed in a letter that the “metaverse” eventually “will reach a billion people” and “host hundreds of billions of dollars of digital commerce” within the next decade.

However, there has been muted response about “metaverse” and its accompanying VR headset from skeptical investors, who complain that the long term project provides little short-term benefit.

Meta, Facebook’s parent company, has seen its stock value tumble more than 56 percent this year, as the social media platform experiences a decline at home in the United States.

Online advertisers are also reducing their spending, while fewer businesses are placing Facebook’s log in button on their websites, reported CNBC.

“Number of advertising impressions on Facebook are up 14 percent, while users and time spent on the platform are flat. This looks like the start of a death spiral and worsening user experience as they chase ad revenue,” said marketing analyst Chris Curtis on Twitter.

Zuckerberg said back in September that the tech giant will freeze hiring and restructure certain teams in its first major reorganization effort after becoming one of the worst performing companies on the S&P 500 for 2022.

Meta’s market value is currently down to around $350 billion from more than $1 trillion at its peak last year.

Despite the losses, the tech company still generated $6.7 billion in profit, ending the third quarter with over $40 billion in cash and marketable securities, according to CNBC.