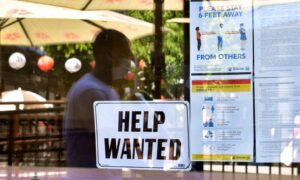 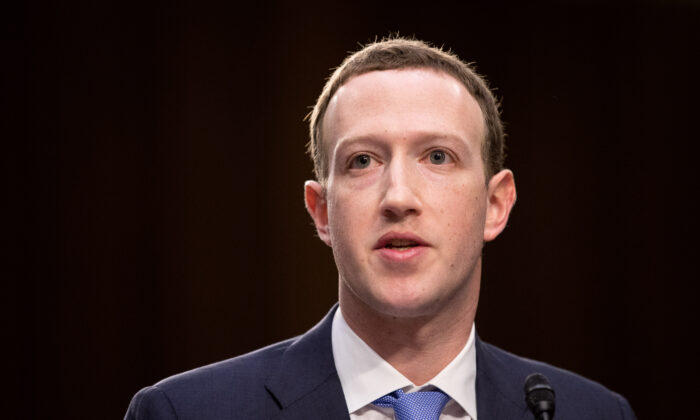 Facebook has teamed up with Ray-Ban to launch a pair of smart glasses that the social media giant says are “designed with privacy in mind,” though the product is already sparking privacy concerns.

The glasses, which were created in partnership with Ray-Ban maker EssilorLuxottica, allow wearers to listen to music, take calls, or capture photos and short videos and share them across Facebook’s services using a companion app, the company announced in a Sept. 10 release.

“As with any new device, we have a big responsibility to help people feel comfortable and provide peace of mind, and that goes not only for device owners but the people around them, too. That’s why we baked privacy directly into the product design and functionality of the full experience, from the start,” the company said in the release, which features a video of Facebook CEO Mark Zuckerberg discussing some of the product’s features.

Zuckerberg touted hardware protections like a power switch to turn off the mic and camera, along with a light meant to alert people that the glasses are in capture mode.

“We put this LED light on the front of the glasses so that people around you will know when you’re taking a photo or video,” Zuckerberg said in the recording. “It lights up to let people know that the camera is on.”

In remarks to Axios, Jeremy Greenberg, privacy counsel for the Future of Privacy Forum, praised the idea of an indicator like the LED light but noted it was hard to spot from a distance or by people with low vision.

“Hopefully we don’t have folks using these for stalking,” Greenberg told the outlet.

Zuckerberg insisted in the presentation video that when the glasses are turned off, “they are completely off.”

“The mic is off and you can’t take photos or record videos,” the Facebook chief added.

Facebook told The Wall Street Journal that it had reached out to privacy groups and experts like the National Consumers League regarding the product’s design. John Breyault, vice president for the National Consumers League, said his organization recommended an automatic disable function for the camera when the light was covered, or modifying the design to distinguish them from regular Ray-Bans to make it easier for people who don’t want to be recorded to spot them and raise objections.

“Unfortunately, those features weren’t included in this first iteration of these smart glasses,” Breyault told the outlet.

Facebook, which reported revenue of about $86 billion in 2020, makes most of its money from advertising but has invested heavily in virtual and augmented reality, developing hardware such as its Oculus VR headsets and working on wristband technologies to support augmented reality glasses.

Facebook, which has in the past faced criticism over its handling of user data, said it would not access the media used by its smart-glasses customers without their consent.

The company also said it would not use the content of the photos or videos captured using the glasses and stored in the Facebook View app for personalizing ads, and said the glasses would be an “ads-free experience.”

Facebook has also launched a privacy-focused micro-site where it offers guidelines for responsible use of the smart glasses.