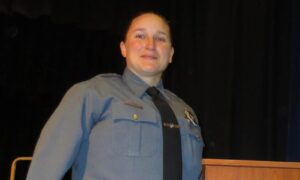 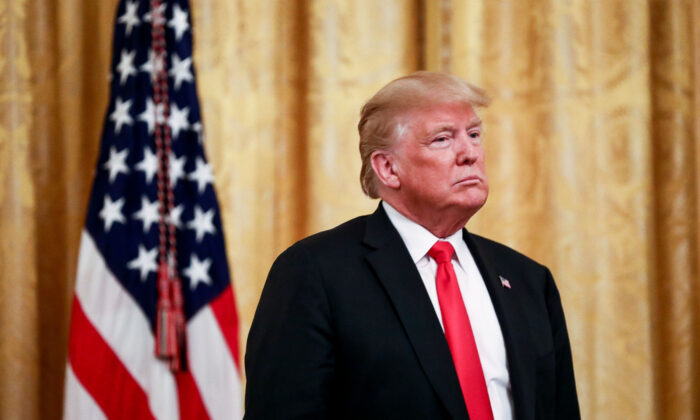 Former President Donald Trump participates in the Salute to the Heroes of the Immigration and Customs Enforcement and Customs and Border Protection in the East Room at the White House in Washington on Aug. 20, 2018. (Samira Bouaou/The Epoch Times)
Media & Big Tech

A member of Facebook’s Oversight Board has criticized the social media platform’s indefinite suspension of former President Donald Trump’s account, saying the company’s rules are problematic.

The quasi-independent Oversight Board last week upheld a ban on the former commander-in-chief’s account due to his comments on Jan. 6.

“We gave them a certain amount of time to get their house in order,” board member Michael McConnell, a former federal judge, told Fox News. “They needed some time because their rules are a shambles. They are not transparent. They are unclear. They are internally inconsistent. So we made a series of recommendations about how to make their rules clearer and more consistent.”

Adding that Facebook “exercises too much power,” McConnell said Trump is “subject to the same rules on Facebook as everyone else.”

“The Oversight Board held that this was in fact a violation and thus Facebook was justified in taking them down,” McConnell said May 9. “What we did say, though, was that they were not justified in taking him down indefinitely, that they did not provide any reasons for that, that is not a provision in their rules. That was wrong.”

Facebook, he added, handed down an “arbitrary” decision as the board seeks to “bring some of the most important principles of the First Amendment, of free expression law globally, into this operation.”

The board gave Facebook six months to review Trump’s indefinite ban, adding that the company “violated its own rules.”

After Facebook’s decision, Republicans said they would further regulate the Menlo Park, California-based firm and other big tech companies.

“Facebook is more interested in acting like a Democrat Super PAC than a platform for free speech and open debate. If they can ban President Trump, all conservative voices could be next. A House Republican majority will rein in Big Tech power over our speech,” House Republican Leader Kevin McCarthy (R-Calif.) wrote on Twitter on May 5.

“I don’t like censorship,” López Obrador told a news conference in January. “I don’t like anyone to be censored and for them to have their right taken away to send a message on Twitter or on Facebook.”