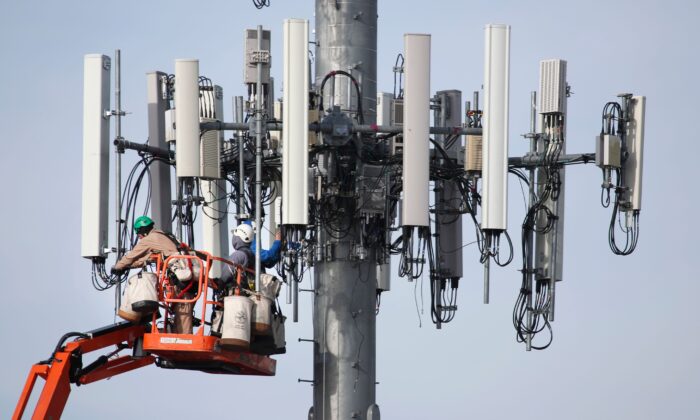 FAA Will Impose Restrictions on Some Flight Operations Over 5G Services

The U.S. Federal Aviation Administration (FAA) says wireless companies’ deployment of 5G services will require the agency to impose restrictions on flight operations using certain types of safety equipment that will operate in proximity to the communications networks.

AT&T and Verizon agreed to delay the use of C-Band spectrum until Jan. 19, a move that was endorsed by the White House. This extension would give the FAA more time to study and evaluate how to minimize the disruption to radar altimeters, while preparing airline companies for any changes.

The telecom companies, which won access to almost all the C-Band spectrum in an $80 billion auction, had earlier agreed to adopt 5G deployment with similar precautions as that of France.

On Jan. 7, the FAA released a list (pdf) of 50 airports that will have 5G buffer zones; they include facilities in the New York area, Dallas, Chicago, San Francisco, Miami, Los Angeles, Las Vegas, and Seattle and were selected based on traffic volume, the number of low-visibility days, and geographic location. These zones are expected to reduce risks when the wireless companies turn on their 5G services.

Many other airports aren’t affected by the rollout because they’re not located in the same regions 5G is being implemented, and some don’t have the ability to allow low-visibility landings, according to the FAA. They include Hartsfield/Jackson International and Denver International.

The crux of the issue lies in the fact that radar altimeters, an important piece of safety equipment used in aircraft, use frequencies close to C-band. 5G services use C-band radio spectrum frequencies between 3.7 and 4.2 GHz that may prove hazardous to flight safety. Altimeters assess the airplane’s height above the ground and inform other safety sensors within the craft, such as collision-avoidance systems and navigation instruments.

As the situation currently stands, the proposed 5G deployment would result in modifying flight schedules and altering other aspects of the aviation network. The FAA is working toward mitigating these disruptions as they investigate measures needed to move forward.

The wireless companies have also agreed to position antennas away from the airports where the interference would be greatest, while the FAA tests out how the radar altimeters work in a 5G C-band environment.

When altimeters are discovered to work without interference, the restrictions on aircraft operations will be removed. This process will go on until more altimeters are certified safe, retrofitted, or replaced.

AT&T and Verizon will adjust their operations, such as turning off transmitters near sensitive airports for a period of six months to minimize risk and avoid interfering with safety systems.