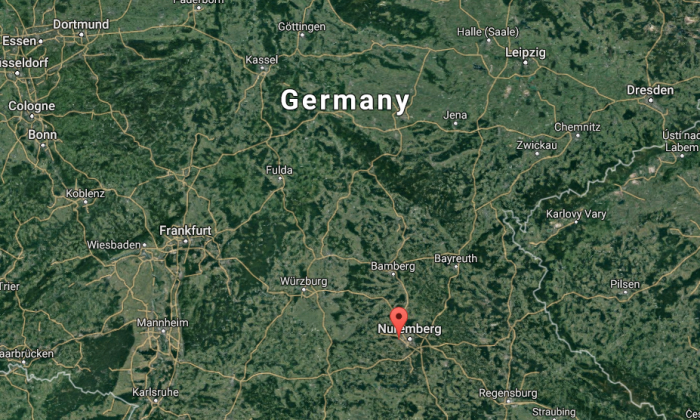 A large explosion was reported at migration office in Zirndorf, Germany, on Wednesday, according to German media reports. (Google Maps)
Europe

A large explosion was reported near a reception center at a migration office in Zirndorf, Germany, on Wednesday, according to German media reports.

The blast took place near the Federal Office for Migration in Zirndorf, TZ.de reported.

It’s unclear what caused the explosion. According to the Sueddeutsche newspaper, a “suitcase filled with [aerosol] cans” exploded.

Witnesses told Bild that several people fled after the explosion of the scene.

Reports say there are likely no injuries.

A large number of police officers have responded to the scene. Photos of the aftermath showed officers surrounding the remains of a suitcase around about 600 feet from the reception center.

Zirndorf is located right outside of Nuremberg in the state of Bavaria.

Germany has been rocked by a series of attacks since July 18. The last one, on Sunday, involved a Syrian immigrant who detonated a bomb, killing himself and injuring 15 people in Ansbach. Last Friday, a teenager shot and killed nine people in Munich. On July 18, five were wounded on a train in Wuerzburg by an axe-wielding teenager from Afghanistan. On July 24, a 21-year-old refugee from Syria killed a woman with a machete and injured five more.