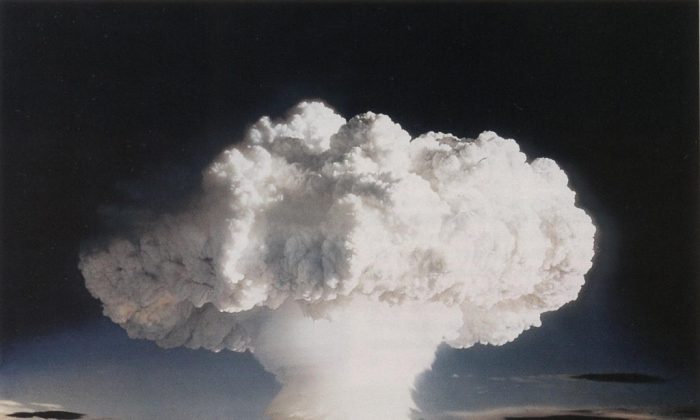 (The Official CTBTO Photostream/CC BY 2.0)
Science

Reports that North Korea has launched a fourth nuclear weapons test—backed by convincing seismic data—have caused widespread alarm. North Korean officials announced in advance that the test would involve “a totally different type of nuclear bomb” from those trialed in previous years. Following the test, North Korean state television lauded the first detonation of a “hydrogen bomb” as a “national epoch-making event.”

Moving to a new form of nuclear weapons technology will likely have significant implications for North Korea, although some experts have expressed skepticism about these claims and there are clear benefits for Pyongyang to exaggerate its nuclear capabilities. While details of the test will remain unclear for some time, the term “hydrogen bomb” is also somewhat ambiguous, leaving further room for speculation about the true nature of North Korea’s nuclear technology.

There are two basic types of nuclear weapons: fission weapons and fusion weapons. First developed during World War II through the U.S.-led Manhattan Project, fission devices (commonly known as atom bombs) create an explosion by splitting the nuclei of heavy atoms. These types of weapons were dropped on Hiroshima and Nagasaki in Japan, killing hundreds of thousands of people.

The core of a fission weapon is composed of weapons-grade fissile material such as highly enriched uranium or plutonium, which on its own is not explosive. When detonated, this core is compressed using conventional high explosives into a critical mass capable of sustaining a nuclear chain reaction.

Firing neutrons at the atomic nuclei in the core causes them to split (or fission) into several lighter nuclei, releasing energy and, crucially, more neutrons. These extra neutrons create further fissions in the core that, in turn, release even more neutrons giving rise to a self-sustaining chain reaction. This releases huge quantities of energy, many orders of magnitude greater than that of conventional explosives.

After the Soviet Union also developed fission devices in the late 1940s, the United States began to work on new technology known as thermonuclear weapons or hydrogen bombs. Thermonuclear weapons differ from atom bombs in that most of their explosive power comes from nuclear fusion, the binding together of light atomic nuclei, as opposed to fission or splitting atoms.

The explosive power of thermonuclear devices dwarfs that of fission devices: the most powerful pure-fission device tested by the United States was Ivy King, a 500 kiloton weapon. This bomb was 25 times more powerful than the atomic bomb dropped on Nagasaki at the end of World War II. Yet Ivy King paled in comparison to Castle Bravo, the largest hydrogen bomb tested by the United States, with a yield of 15 megatons. While crude fission weapons obliterated two small Japanese cities, megaton-class thermonuclear weapons are comfortably capable of wreaking much more destruction, causing nuclear burns many miles from the blast site.

Although precise technical details remain highly classified, the basic two-stage thermonuclear weapon design was laid down by Edward Teller and Stanislaw Ulam in the early 1950s. The first stage or “primary” consists of a fission device that, when detonated, provides the necessary energy in the form of X-ray radiation to trigger a fusion reaction in the second stage.

The secondary generally consists of dry fusion fuel, often lithium deuteride, and a “sparkplug,” a sub-critical mass of fissile material. Detonating the primary compresses the secondary, causing the “sparkplug” to undergo fission. This releases neutrons that react with the fusion fuel to produce a mixture of tritium and deuterium, isotopes of hydrogen that are chemically similar but have different nuclear properties. The extreme temperature provided by the primary then causes fusion between these hydrogen isotopes, releasing vast quantities of energy.

The North Koreans’ claims imply they have successfully developed a thermonuclear weapon. But initial data suggests that this may not be the case. While as yet unconfirmed by the Comprehensive Test Ban Treaty Organisation, the seismic shock of the test registered 5.1 on the Richter scale. This indicates an explosive yield somewhat less than the “Fat Man” device dropped on Nagasaki, and far less than the high yields typically associated with thermonuclear weapons.

However, it is possible North Korea has tested a third weapon type: a boosted fission weapon. While this incorporates hydrogen isotopes and can be conflated with a “hydrogen bomb,” it is a technically distinct weapon. A boosted fission device is essentially a normal fission device, similar to the “Fat Man,” with a small amount of fusion fuel added to its core. Upon detonation of the weapon, the fusion fuel is compressed and heated, undergoing nuclear fusion.

While some energy is released by this process, this is relatively small when compared to that released by fission. The major contribution of the fusion reaction is to supply a large number of additional neutrons. These flood the core of the fission weapon, inducing many more fission reactions and significantly increasing the efficiency and so the yield of the weapon.

The efficiency of early fission weapons was relatively low: only 1.4 percent of the highly enriched uranium in the core of the “Little Boy” device dropped on Hiroshima actually underwent fission. Boosting can increase this efficiency drastically without a significant penalty in terms of weight, making it an attractive design option for smaller missile systems. Given North Korea’s interest in this arena, it is possible that a boosted fission weapon was the aim of the most recent test.

Robert J. Downes is a MacArthur fellow in nuclear security at the Centre for Science and Security Studies, King’s College London. This article was previously published on The Conversation