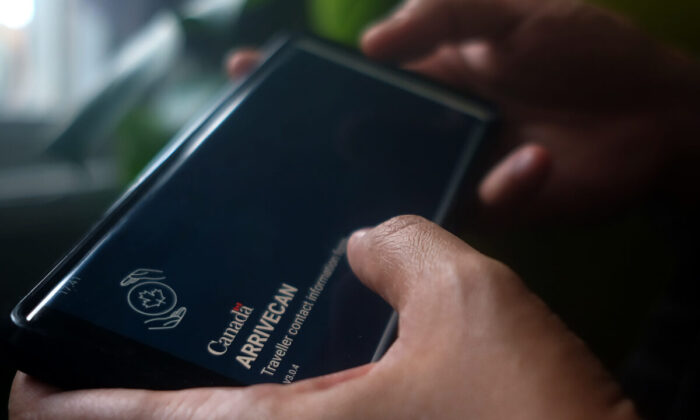 A person holds a smartphone set to the opening screen of the ArriveCan app, which requires people to declare their vaccination status to be able to enter Canada. (The Canadian Press/Giordano Ciampini)
Viewpoints

‘Experts’ With Feet of Clay: The Push for Vaccine Mandates While Shunning Fair Debate 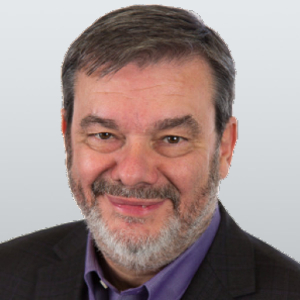 Since the arrival of the SARS-CoV-2 coronavirus in Canada, the provinces and the federal government have deployed a host of health measures to control the declared pandemic (confinements, masks, social distancing, curfews, etc.). State control has also manifested itself in the systematic denigration of early treatments with generic molecules proven safe and effective to pave the way for the preferred pharma solution of genetic vaccines, the efficacy and safety of which are questionable to say the least.

Among the most liberticidal measures put in place to get us through the desert of the COVID-19 pandemic, the vaccine mandates are at the top of the list. This was disguised under the cloak of various vaccination obligations, including those imposed on federal government employees and all Canadian citizens for public transport inside and outside Canada. One would then be entitled to expect that these extraordinary measures of large-scale social engineering would be based on solid scientific evidence. Instead, we find the mirage of vaccination, which like a magic wand was to wipe away the pandemic forever.

The most lucid realize that this famous magic wand was only a decoy. A shiny object that had to be bought at all costs and at full speed on the premise that this revolutionary new technology of gene vaccines would be much better than the natural immunity that has resolved all other epidemics since the beginning of humanity. Really?

I’m old enough to remember a time when viewing natural immunity as an effective bulwark against infectious disease wasn’t discredited as a conspiracy theory. Those who claim that the protection conferred by these spike proteins targeted genetic vaccines would be greater than the natural immunity against the whole virus resulting from infection with successive variants, including the different Omicron variants, have the burden of proof.

Of course, natural infection carries certain risks, especially for the most vulnerable, but vaccination is not without risk either, especially during a pandemic. The toll of individual risks associated with gene vaccines is worrying enough that tens of thousands of doctors and scientists around the world are calling for the suspension of general vaccination, and therefore of its disguised obligation. Thereby, contrary to what is claimed by some politicians, the refusal of these experimental injections is not devoid of scientific and ethical foundations.

Unless one is dumbfounded by the data available on the Our World in Data site or one does not fully understand what the data indicates, does it not seem obvious that one observes a positive correlation between vaccination rates and cases of infection all over the world? The most vaccinated countries have much higher infection rates than the least vaccinated countries. It was supposed to be the other way around!

I have previously substantiated, with supporting sources, the weakness of the scientific foundations of the vaccine mandate and my analysis has been corroborated by a host of documents produced by the Canadian Covid Care Alliance, a collective of Canadian scientists who questioned many of the health measures.

Faced with successive waves of variants, including in particular Delta in the summer of 2021, as well as the series, which seems endless, of the different Omicron variants which began last November, the narrative that gene vaccines were going to prevent infection and transmission of SARS-CoV-2 has definitely collapsed. The last bulwark of this thesis is that vaccination will prevent more severe forms of the disease and reduce mortality. Perhaps this was true for the Delta variant, at least temporarily, and for the most vulnerable individuals, but it remains to be proven true for the Omicron variants.

Some of the most fervent protagonists of this vaccination campaign, including Dr. Deborah Birx, White House adviser for the management of the pandemic, now recognize that several “experts” had overestimated the virtues of gene vaccines in stopping the pandemic—admitting that they knew from the start that these vaccines were not going to significantly prevent infection or transmission.

Knowing that only the elderly and those suffering from comorbidities are truly at risk, is the taking of experimental injections for possible individual and temporary protection sufficient justification to promote the generalized vaccination of a population, whose risks of disease are highly variable? Can we legitimately skip the individual assessment of the benefit/risk balance?

The Canadian State has promulgated the vaccine mandates in the public service and transport, considering that it has very solid scientific bases to justify these draconian measures unprecedented in our history. The validity of these mandates was challenged in a lawsuit brought notably by the Hon. Brian Peckford, former premier of Newfoundland and Labrador, with a few other plaintiffs.

Reading the affidavits and cross-examinations of the trial reveals a host of shortcomings in the scientific studies cited in addition to sinking into extrapolations, interpretations, and speculations with shaky scientific foundations. Not to mention the lack of ethical considerations. We can and must highlight these shortcomings and hope that they will be formally established in the courts.

But it is not easy when the representatives of the institutions in place elude any scientific debate. This issue was brought to light in a series of articles recently published in The Epoch Times by Noé Chartier.

It is distressing to note the low scientific calibre of government technocrats and bureaucrats who have not demonstrated their ability to produce scientific knowledge through rigorous, long-term research. Not to mention their shortcomings in discerning flaws in the scientific literature in general, and in the field of health in particular. This makes them highly vulnerable to corporate ideology and Big Pharma propaganda. We are still looking for encouraging signs that, in the absence of a scientific culture worthy of the name with a solid foundation in epistemology, they would have at least developed good critical thinking. We search, but we do not find reassuring clues. Many navigate the troubled waters of incompetence, occasionally stranding themselves on the reefs of bad faith.

The biggest problem in these government institutions in need of reform is not the lack of competent, dedicated, and well-meaning people. I know there are many from having encountered them during my 35 years of service at the National Research Council of Canada. The fundamental problem, as in any organization with ineffective governance, is the lack of accountability, the presence of perverse incentives for promotion, compliance, and blind loyalty to its bosses. These faults are rarely compatible with rigour, probity, and scientific excellence.

What the court cross-examinations keep on revealing is this lack of accountability at the highest levels—especially with politicians, who allow themselves to flout the Charter of Rights and Freedoms if they feel they can escape the legal, media, or electoral consequences, or even profit from them. Many of them have lost their moral compass in the magnetic field of ideology that has confused them for a very long time. The “experts” in the machinery of government are just the useful idiots in this story, collateral, albeit willing, victims of the system.

We must continue to confront these leaders to unmask their incompetence. As can be seen in their evasive answers and their prevarications, they have not been promoted by demonstrating their ability to debate on the basis of scientific knowledge, but by their ability to formulate a message that will please their superiors and that above all avoid embarrassing them by exposing their ignorance. We are witnessing a systematic instrumentalization of “science” misguided into scientism, as in the past the power in place instrumentalized religious belief.

As long as we do not put in place robust firewalls to prevent the misappropriation of “science” for ideological political ends, we will remain stuck in this drift of Lysenkoism which will lead us sooner or later to the collapse of these institutions. One cannot cheat the laws of nature indefinitely without suffering the consequences. And it is particularly in these moments of crisis that we realize that we have to change things and stop ignoring what nature teaches us.

The state apparatus does not have a monopoly on scientific knowledge, and too often in the public service, promotion to decision-making positions is based more on compliance with a certain doxa instrumentalized by politicians. This is not just a problem at the provincial or federal level, it has been widespread across the world for many decades.

Every time you hear “the experts say…,” ask yourself questions. Which experts? What is their credibility? Are they free from conflicts of interest? Are they prepared to fairly debate the basis of their expert opinion? And if they are not ready to debate, it is because we are dealing with “experts” with feet of clay, impostors made by the technocratic system. We are rather dealing with a Zelig.

Bernard Massie
Follow
Bernard Massie, Ph.D., graduated in microbiology and immunology from the University of Montreal in 1982 and completed a three-year postdoctoral fellowship at McGill University studying DNA tumor viruses. He worked at the National Research Council of Canada (NRC) from 1985 to 2019 as a biotechnology researcher and held various management positions, including the position of Acting Director General of the Therapeutics in Human Health Center from 2016 to 2019. He has devoted a significant part of his career to the development of integrated bioprocesses for the industrial production of therapeutic antibodies and adenovirus vaccines. He was also an associate professor in the department of microbiology and immunology at the University of Montreal from 1998 to 2019. He is currently an independent consultant in biotechnology.