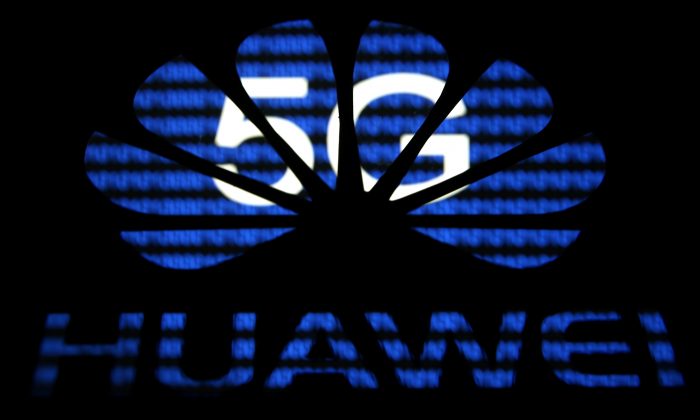 LONDON—Security experts have warned that the UK’s reliance on communications equipment made by Chinese company Huawei is too risky, especially as the country prepares to introduce ultra-speed 5G networks.

“Allowing Huawei’s participation is at best naive, at worst irresponsible,” said a report by the Royal United Services Institute think tank, adding that the UK represents a key target for the Chinese communist regime.

It followed a speech by Ciaran Martin, CEO of the UK’s National Cyber Security Centre, in which he claimed the UK could “manage” any risk from Huawei using the UK’s “detailed, formal oversight.”

In that same speech, Martin revealed that Huawei equipment was not present in any of the UK’s “sensitive networks—including those of the government.”

It’s the first time a high-level cybercrime official has clarified the level of Huawei’s involvement in the UK’s communication networks in detail. Before this, it was widely believed that the company’s equipment was present in critical national infrastructure.

The risk presented by Huawei’s involvement in 5G is multifaceted, according to Anthony Glees, professor of politics at the University of Buckinghamshire.

Glees said there was both a technical risk from Huawei and a political risk.

“You can’t get a cigarette paper between Huawei, Chinese government, the People’s Liberation Army, and the Chinese Communist Party,” he said, warning that although China is merely an “adversary” at the moment, it could become an “enemy” in the future.

The United States recently urged European countries to be “very, very cautious” when considering using Huawei for 5G networks, fearing that China could use the ultra-fast networks for espionage.

The U.S. government has so far banned Huawei from bidding on contracts, although President Donald Trump said on Feb. 22 that companies like Huawei and ZTE may or may not be included in a trade deal between China and the United States.

Some European countries have taken steps to ban or exclude Huawei from their 5G networks, with Poland recently arresting and charging a Huawei employee with spying.

The Czech Republic has warned of security threats posed by the company, while Germany considers stricter controls on it before any integration with its 5G networks.

The UK’s Huawei Cyber Security Evaluation Centre was set up in 2010 in response to government concerns about possible security threats to national infrastructure from Huawei. British security officials from agencies including the Government Communications Headquarters sit on its oversight board and report annually on its work.

The center is funded and run by Huawei, with one of its staff members, David Francis, serving as managing director. However, it’s monitored by an oversight board, which reports on its activities once a year.

The oversight board is chaired by Martin but there are four members from Huawei also on the board, as well as British government representatives.

A ‘Ruthless Advancement of China’s Interests’

Alex Younger, the head of Britain’s spy service MI6, previously said that the UK had to make “some decisions” about Huawei, now that intelligence partners such as the United States had blocked the company’s technology from their 5G networks.

However, Younger took a softer approach on Feb. 15 in a speech in Munich, Germany, saying that the subject of China’s technologies was “complex” and the UK should aim for “maximum diversity” when choosing providers.

It was “not inherently desirable that we have any monopolistic supplier of any of our critical national infrastructure,” Younger said, according to the Telegraph.

However, at the same conference in Munich, Vice President Mike Pence labeled Huawei a “threat,” saying that “Chinese law requires them to provide Beijing’s vast security apparatus with access to any data that touches their networks or equipment.”

The Royal United Services Institute report similarly pointed out that “Huawei’s Chinese staff have no choice but to accede to requests from Chinese government departments.”

The report said, “Beijing’s interference is not aimed at subverting the West, but represents a rigorous, ruthless advancement of China’s interests and values at the expense of those of the West.”