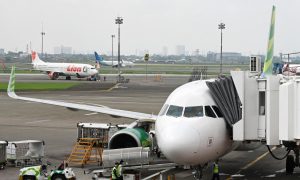 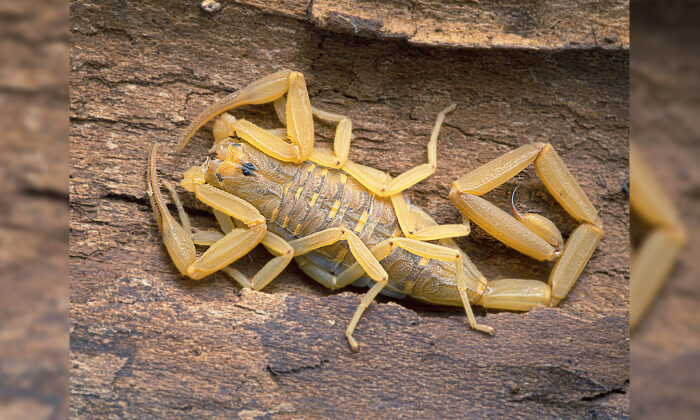 Experts are advising Arizona residents to watch out for the most venomous scorpion in the United States, which often ventures inside the homes of Phoenix residents.

When you think of scorpions, you might think of the desert. So, it’s no wonder that the most poisonous scorpion in the world is native to Arizona.

The Arizona bark scorpion (centriroides exilicauda) is the most venomous scorpion in the United States, with a sting that can cause severe symptoms, including intense pain, hypertension, muscle spasms, tachycardia, and even death.

The only lethal scorpion in Arizona, the bark scorpion is one of over 60 species found in the state, and is actually the most common species in the Phoenix area.

In fact, residents often find these creepy crawlies sneaking into their homes during the hot summer months.

Light brown in color, the Arizona bark scorpion averages 6–8 centimeters in length. According to the Arizona-Sonora Desert Museum, these critters love to hide in sinks and bathtubs.

Due to poor eyesight, bark scorpions may be found using baseboards as a guide as they crawl across the floor. They’re also avid climbers, and can be found high up on rock walls, ceiling crevices, or inside dark closets.

Every summer, pest control companies receive an overwhelming number of calls about this scorpion.

One such company, Desert Termites, shared their insights about this lethal critter with ABC.

Owners Didi and Megan Ghelmegeanu said to keep an eye on the bark scorpion’s preferred hiding places and to avoid touching or stepping on the critter; most stings and bites happen when the scorpion feels threatened.

“The creatures typically don’t attack unless they are provoked—feeling threatened or needing to protect their offspring,” said Megan. “Most common example is when people do yard work and move rocks that they are hiding under to escape the heat.”

The peak season for bark scorpions is late spring to early summer, when the nocturnal critter can be found scavenging for food at night. Bark scorpions are predators, and primarily hunt other insects, including centipedes, spiders, and even other scorpions.

They are solitary by nature, and often hide from predators such as birds, lizards, and tarantulas during the day.

Desert Termites warns families that the bark scorpion can most commonly be found at night; anyone going out for an evening walk should exercise caution.

“They glow in the dark,” Megan advised, “so you should bring a black light with you on walks to be extra careful. The UV light makes them fluorescent at night.”

If you find the Arizona bark scorpion in your yard, it’s best to prevent them from sticking around.

“Remove clutter in the backyard or things they can hide under,” Didi suggests. “Scorpions prey on insects—so if you eliminate their food source, scorpions will have nothing to prey on.”

Didi also explained how to proceed if you are stung by this potentially lethal insect.

“[The injection site] might hurt for a couple of hours, swelling at localized site, redness, might have some stiffening of surrounding muscles from the sting.”

His wife, Megan, added, “Another way to identify an Arizona Bark Scorpion is to look at the size of the pincers. Bark scorpions have long, skinny, smaller pincers because their venom is stronger than that of other scorpions. Other scorpions have weaker venom but larger pincers.”

In the event of a sting from the bark scorpion, it’s important to clean the injection site with mild soap and water, then call poison control immediately!