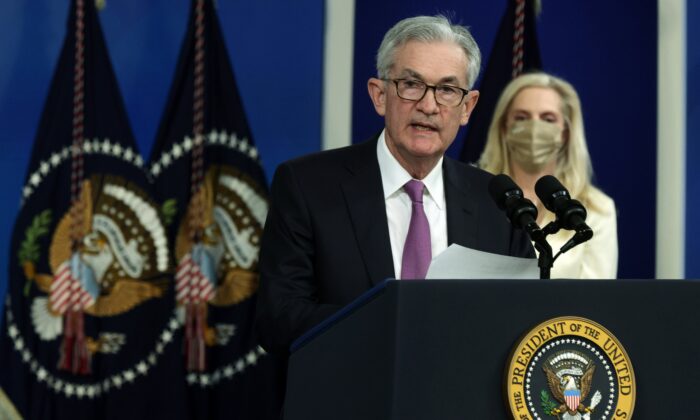 Biden was widely expected to nominate either Powell or Brainard for the position of Fed chair. Powell was initially nominated by former President Donald Trump in 2017, but Trump was highly critical of Powell during his first term in the position.

Powell served during the COVID-19 market crash in March 2020 and orchestrated the emergency interest rate cuts and implementation of $120 billion in monthly asset purchases to support the economy and provide liquidity to the financial markets during the subsequent economic shutdowns.

Powell’s critics have said the Fed has missed the mark with its expectations that the inflationary fallout from the Fed’s stimulus measures would be “transitory.” In November, the Labor Department reported a 6.2 percent increase in the consumer price index in the month of October, the fastest inflation growth since late 1990.

However, the decision to stay the course with Powell was initially received positively by the market, as both Powell and Brainard are generally seen as relatively dovish policymakers.

“While Powell’s continuance as Fed Chair will not spark a major fresh move upward in stocks, replacing him could have triggered major downward pressure on stocks, as investors dislike uncertainty and the unknown,” Ball said.

Ryan Detrick, Chief Market Strategist for LPL Financial, said a second term for Powell should remove one source of worry for investors.

“Although this decision likely wasn’t an easy one for the president, this should be greeted positively from markets,” Detrick said.

Greg McBride, Chief Financial Analyst for Bankrate, said it’s tough to change jockey’s in the middle of a race.

“With the Federal Reserve at an inflection point of starting to dial back stimulus, continuity at Fed Chair is key,” McBride said.

“She is clearly a bit more dovish on policy that Powell, who is a dove himself, and favors tougher regulation on the financial system which reflects the preferences of the Biden administration,” Brusuelas said.

Jeff Klingelhofer, co-head of investments at Thornburg Investment Management, said Democrats should be pleased with Brainard as vice chair.

“With elevating inflation concerns on just about everyone’s mind, Brainard would have been more difficult for the market to digest as chair,” Klingelhofer said.

Chris Zaccarelli, Chief Investment Officer for Independent Advisor Alliance, said continuity is critical for the markets and the economy at this time.

“The economy is experiencing an increase in inflation and the Fed has already taken steps to reduce their extraordinary stimulus measures (tapering), but they will need to move more quickly in addressing the inflation threats so that they don’t become entrenched,” Zaccarelli said.

“While investors no longer have to wonder about who will be leading the Federal Reserve for the next few years, the next big dilemma the central bank faces is how to normalize monetary policy without upsetting markets,” Schein said.