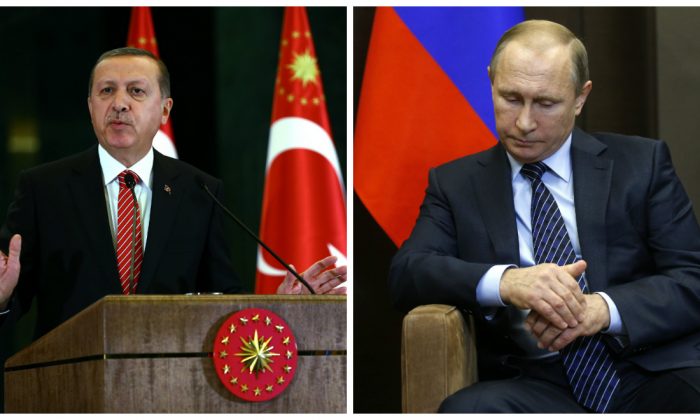 Experts are saying not to expect the downing of a Russian fighter jet by Turkey to spark a war.

Speculation about the situation started almost immediately, with many online wondering whether it would lead to a bigger clash–perhaps a “World War 3.”

But both sides seem compelled not to take further action, for different reasons.

“I suspect neither Moscow nor, at the very least, the other European NATO powers will want to let this go too far. Russia cannot fight hot diplomatic wars on too many fronts, and Europe clearly wants Moscow to be part of the solution in Syria and maybe Ukraine, too. And, frankly, there is in many capitals concern about Turkey, its agenda and its role in the region,” wrote Russia expert Mark Galeotti, who currently teaches at New York University, on his blog.

“Much will depend on where Washington falls, of course, but if Moscow can get even a crumb of contrition from Ankara or sympathy from Europe, then we can expect this to be splashed on Russian TV and allow the Kremlin to let this slide a little.”


Galeotti did note, though, that even in the best-case scenario he expects Russia to step up covert actions, such as support for the Kurds.

Natasha Kuhrt, lecturer in International Peace and Security at King’s College London, also said nothing much will happen.

“Relations have been very strained between Russia and Turkey of late so Moscow will be trying its utmost to contain the damage this might cause,” she told the National Post.

“On the military side of the equation, as strategically reckless as Vladimir Putin has been, I suspect he would not want to escalate this conflict,” added Daniel Drezner,  professor of international politics at the Fletcher School of Law and Diplomacy at Tufts University, on the Washington Post.

“Doing so would involve NATO, not just Turkey, and I doubt that Putin wants to get into a war of attrition that would grind away Russia’s air force. Furthermore, there is the pesky problem of the Syria conflict not going away, and Putin’s proxy in Syria still being in grave danger.”