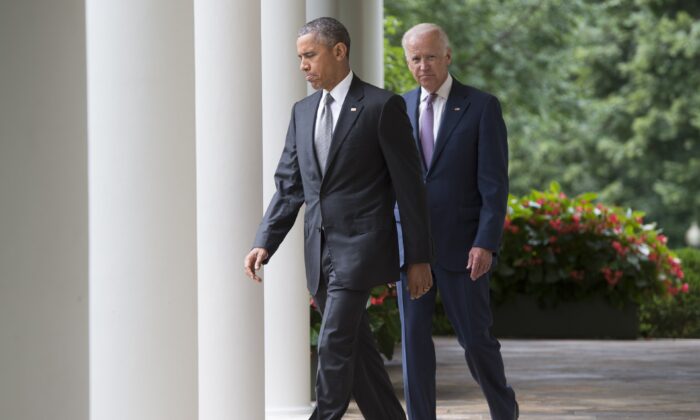 President Barack Obama walks alongside Vice President Joe Biden as they arrive to speak about the Supreme Court's ruling to uphold the subsidies that comprise the Affordable Care Act, known as Obamacare, in the Rose Garden of the White House in Washington. (Saul Loeb/AFP via Getty Images)
Policies & Impacts