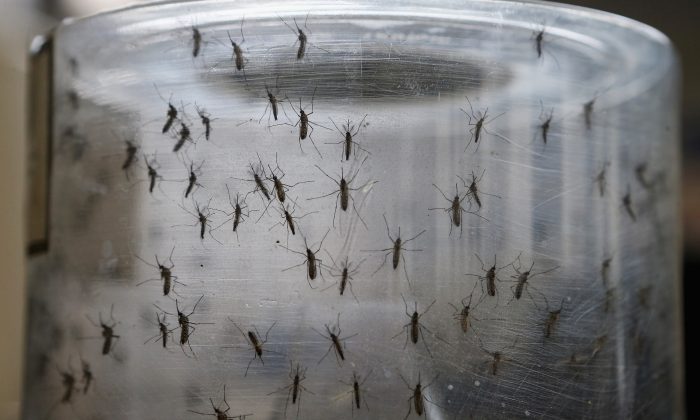 Amir Attaran, a Canadian public health professor, suggests the Rio Olympics should be moved or postponed amid Zika virus fears.

“Mass migration into the heart of an outbreak is a public health no-brainer,” Attaran, who works at the University of Ottawa, wrote on the Harvard Public Health Review website.

“Putting sentimentality aside, clearly the Rio 2016 Games must not proceed,” he said as he called for the Brazil Olympic and Paralympic Games to be postponed, moved, or both, as a “precautionary concession.”

Attaran pointed out that the Games have been flexible before, citing the 1976 Winter Olympics, which were moved, and the 1994 Winter Olympics that broke with the regular schedule. He also signaled a recent move by American baseball leagues that rescheduled and moved games out of Puerto Rico, where cases of the virus have been recorded.

“Regrettably, instead of discussing the alternatives, both the International Olympic Committee and the World Health Organization seem to be in deep denial,” said Attaran.

The scientist says people’s lives should be taken into consideration during the excitement of the “much-loved event.”

“But where is the love for the possible victims of a foreseeable global catastrophe: the damaged or dead adults, and the babies for whom—and mark these coldly clinical words carefully—fetal brain disruption sequence is as terrible as it sounds, and extinguishes the hope of a normal life even before it has begun? With stakes like that, bluntly put, these Olympics are no game at all,” said Attaran.

Meanwhile, the World Health Organization on May 12 released a statement urging competitors and visitors who are planning go to the Olympics to take precautions and follow travel rules set by the organization—making it clear that it was not suggesting the Games be postponed or cancelled.

The WHO cautioned travelers to take care of themselves during the trip. Tips included, protecting themselves from mosquito bites by using insect repellents and by wearing clothing that covers their bodies, practicing safe sex, and choosing air-conditioned accommodation.

The International Olympic Committee says it does not plan on moving or postponing the games.

“The clear statements from WHO that there should be no restrictions on travel and trade means there is no justification for canceling or delaying or postponing or moving the Rio Games,” Dr. Richard Budgett, the IOC’s medical director, told The Associated Press.

“The IOC will continue to monitor the situation very closely and work with the WHO, and we’re confident as we’ve been advised by the experts that the situation will improve over the next three months,” he added.

The Olympics are expected to draw about 500,000 visitors to Brazil, a number that Attaran fears could spark new outbreaks in other countries, which may increase in the number of brain-damaged babies born to infected pregnant women.

“If the IOC and the World Health Organization do not have the generosity of heart to delay the games to prevent children being born and disabled their whole lives, then they’re among the cruelest institutions in the world,” Attaran said.

The executive director of the Disaster Recovery Institute, Chloe Demrovsky, said in an interview that the virus is “risky because it is obviously very mild,” meaning it does not trigger serious symptoms, which is why she says no research had been done before.

Women “pregnant or becoming pregnant should be careful of going to the Olympics,” said Demrovsky, who warns that travelers should “watch out for warnings” when “making the final decision” on going to Brazil.