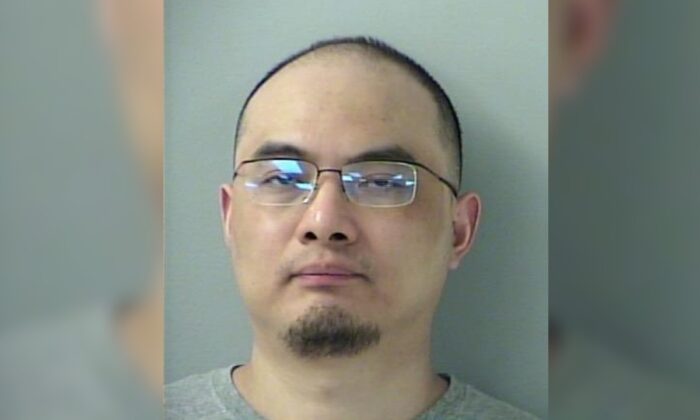 The recent conviction in the United States of a Chinese intelligence agent may have Beijing backpedaling on its espionage operations for the moment, according to experts, who said an unsuspecting American in China may become their means for retribution.

On Nov. 5, a federal jury convicted Xu Yanjun over his role in a scheme to recruit spies and steal sensitive aviation technology for the Chinese regime. Xu, a deputy division director at a provincial branch of Beijing’s top intelligence agency, the Chinese Ministry of State Security (MSS), was found guilty on all counts, including conspiracy to commit economic espionage and to steal trade secrets.

Xu was the first Chinese intelligence agent to be extradited to the United States to stand trial.

Since 2013, prosecutors said, Xu had been actively involved in recruiting employees from leading U.S. and foreign aviation companies. In March 2017, he began soliciting information from a GE Aviation engineer.

By the end of the year, the engineer had begun working with the FBI. They concocted a plan to lure Xu to Belgium with the promise of the engineer providing Xu with sensitive files relating to GE Aviation’s exclusive composite aircraft engine fan. Xu took the bait and was arrested in Belgium in April 2018, and later extradited to the United States.

He now faces up to 60 years in prison; a sentencing date hasn’t been set.

“For those who doubt the real goals of the [People’s Republic of China], this should be a wakeup call; they are stealing American technology to benefit their economy and military,” Alan E. Kohler Jr., the assistant director of the FBI’s counterintelligence division, said in a Nov. 5 statement.

James Olson, former chief of counterintelligence at the CIA and author of “To Catch a Spy: The Art of Counterintelligence,” described the Chinese regime’s efforts to steal U.S. technology and trade secrets as “massive and pervasive.”

“Most Americans will never understand the full extent of what’s going on,” he told The Epoch Times.

“Prosecuting Xu was a definite shot across the bow,” he said. “The FBI and the DOJ [Department of Justice] did a great operation by luring Xu into Belgium where they knew he could be extradited and sent back to the States to be tried.”

Xu’s extradition to the United States will have “a dramatic impact” on how the Chinese regime approaches the recruitment of spies and the theft of trade secrets in the future, according to Olson. It will cause the Chinese regime’s MSS to be more careful, as this landmark event could signal that crimes of espionage will no longer be allowed to be committed with impunity, he said.

To the Chinese regime, Xu’s extradition was “a very aggressive and provocative thing” for the United States to do, Olson said.

His conviction was “a terrible blow” to the MSS and “retribution is inevitable,” he said. “The Chinese regime will want Xu back, and they will go to extreme measures to make that happen.”

Sauer agreed with the assessment.

“The Chinese are going to retaliate at some point of their choosing; it’s now a matter of what they’ll do and how they’ll do it,” he said. There’s potential that any such countermeasure “could be a big deal,” but he keeps the option open that Beijing would “do something a little less spectacular to avoid calling more attention to it.”

Olson predicts “an American businessperson or American journalist in China will be framed.” The Chinese regime will “fabricate a case against this person and rush him through a trial” to convict him, he said.

Likewise, Sauer said that Beijing “could drum up the charges and try to extradite CIA, FBI, or anyone who has worked against China back to Beijing.”

According to Olson, in this scenario, it will be alleged that this American engaged in espionage and evidence will be planted to make it appear as such. After this case is made, he said, “they will have trade bait.”

This person will then be offered in return for Xu, he explained, warning that “they’re probably looking at potential targets right now.”

Sauer said that he personally “wouldn’t be traveling to areas where the Chinese regime has a lot of influence and sway.”

Sauer is confident that the Chinese have already evaluated possible options to recover Xu, and will probably never conduct operations again in areas where the United States has strong diplomatic ties, such as Belgium.

“They will concentrate their operations in areas where they have more control of the countries—in Southeast Asia, for example—where they have so much more influence to be able to get a guy like Xu out if he ever got in trouble.”

In cases when spies are caught under diplomatic cover, “it’s not a calamity,” Olson said, adding that, in those instances, the perpetrator would simply be declared persona non grata and expelled from the country.

But Xu’s case was different since he didn’t travel to Belgium under the guise of being a diplomatic worker.

“What Xu did [by traveling to Belgium to meet a source] was very, very aggressive,” Olson said. This is not a risk the MSS would normally take, as Olson considers it extremely rare for a member of the Chinese intelligence to meet outside China.

“The fact that [MSS] agreed to send Xu to Belgium to meet a supposed recruit is an indication of how greedy they are, and how much they really wanted the jet engine technology,” he said.

According to Olson, the MSS doesn’t like to operate inside the United States, or in any other country without diplomatic immunity for that matter. Instead, the MSS prefers to bring new recruits to China.

“Here, they can debrief them and extract intelligence in the safety of their own turf,” he said.

“Xu’s conviction is going to change their game plan,” Olson said, adding that he would be very surprised if MSS agreed to meet any other assets outside China in the near future.

Olson has seen speculation that valuable intelligence was acquired from Xu, but he doesn’t believe it. He suspects that Xu is a “very disciplined, loyal Chinese citizen and intelligence officer.” If he did “talk,” then a plea bargain could have been reached—but that didn’t happen, Olson said.

With no plea bargain, he said, “it appears the DOJ really had no bargaining chips.” Whether the defense wanted him to make a deal by talking is something the U.S. public will likely never know, according to Olson.

In Olson’s experience, “it’s highly unlikely someone like this MSS officer would have ever considered giving up any information,” he said.

Doubling Down on Double Agents

Operations such as the one that led to the conviction of Xu are riddled with complexity and tough to go about.

“It’s not that [intelligence agencies] have done nothing; it’s that they’ve been relatively ineffective stopping the theft of technology and research and development information,” Sauer said.

But, according to Olson, the entire U.S. intelligence community is “energized” and “encouraged” by the Xu investigation and conviction—and Sauer agrees.

Olson said the activities of the MSS and the People’s Liberation Army (PLA), the regime’s military, against the United States must continue to be thwarted, and he offered two solutions for making that happen.

First, he said, “the U.S. must penetrate Chinese intelligence so we have inside sources who tell us exactly what they’re doing, how they’re doing it, and who’s being recruited from inside the United States to help them do it.”

And second, he said, “the U.S. needs to conduct a lot more double-agent operations”—and “the GE aviation case is a textbook example” of such an operation.

In that case, “the FBI took control of the GE engineer—directed the operation with him as a double agent back against Chinese intelligence—and it was very, very successful,” Olson said.

“Other double agent operations can begin when there’s a good candidate to dangle in front of the Chinese [regime].”

This person would have to have access to the Chinese regime, be approachable, and made to look like a good recruit.

“To get a bite from China,” Olson said, “we need to make sure that we float some really appealing bait downstream past them [with this agent] because they’ll grab it—and once they do, we’ve got a double-agent operation.”

The goal of the U.S. counterintelligence community should be to let the Chinese regime know it is “alive, well, and really aggressive and really devious,” he said.

If the United States were to ramp up its double-agent operations, this could cause the Chinese regime to give pause to recruiting Americans because the target could actually be controlled by the FBI or CIA, according to Olson.

“That’s going to make them a little gun shy about targeting an American in the future,” he said.