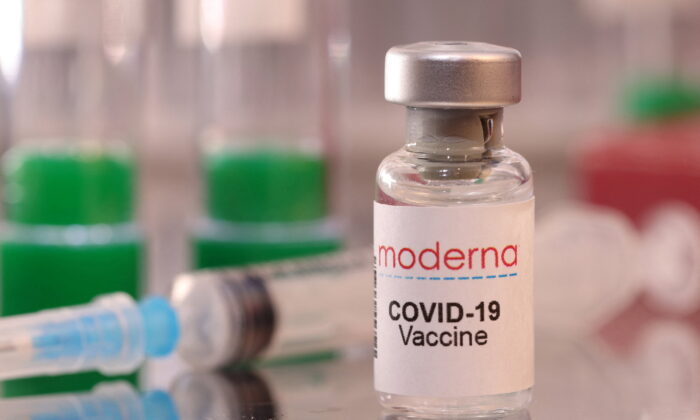 An executive with COVID-19 vaccine maker Moderna resigned from the company about one day after taking the job, according to a statement Wednesday.

In the statement and in a securities filing, Moderna said that its new chief financial officer, Jorge Gomez, resigned on Tuesday, “effective immediately.” Retired Chief Financial Officer David Meline will continue his role starting May 11, said the firm.

Gomez’s appointment was announced by the company in April and came into effect on Monday.

After leaving the company, Gomez will receive 12 months’ salary, totaling about $700,000, and he will forfeit his signing bonus and bonus eligibility, Moderna said in the securities filing.

The Dentsply Sirona Inc. investigation, which may cause a delay in the dental products maker’s quarterly filing with U.S. securities regulators, was focused on the use of incentives to sell products to distributors and whether those were properly accounted for. Dentsply last month fired its then-CEO Don Casey without disclosing a reason.

“The (board’s) audit committee has retained an independent outside counsel, which has engaged a forensic accounting firm, to assist in the investigation,” Dentsply said in a recent filing with the U.S. Securities and Exchange Commission. “The company has voluntarily contacted the SEC to advise it that an internal investigation is underway.”

The investigation “is focused on the company’s use of incentives to sell products to third-party distributors in the third and fourth quarters of 2021.” The board wanted to determine “whether those incentives were appropriately accounted for, and the impact of those sales was adequately disclosed … (to) the Securities and Exchange Commission.”

The firing is “tough optics for Moderna. They spent a lot of time and effort hiring the new CFO. However, it seems the problem was at the previous company, and should have no impact on Moderna,” said Oppenheimer & Co analyst Hartaj Singh, according to Reuters.

About a week ago, Moderna said it is forecasting higher sales of its COVID-19 mRNA vaccine in the second half of 2022 as the firm is developing a potential next-generation booster targeted at both the Omicron variant as well as the original strain of COVID-19.

Moderna forecast $21 billion in sales in 2022, but it said that it might be lower if the COVAX international vaccine-sharing program cannot come up with a demand for vaccines in lower- and middle-income nations.