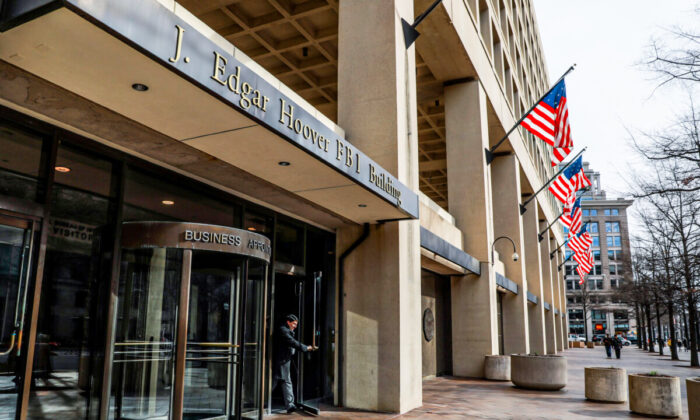 A former FBI agent said he’s pleading guilty to paying a business to wipe his computer hard drive to make it unavailable for forensic examination, according to a statement.

On Aug. 17, Cessario issued a statement saying that he’s pleading guilty as part of a plea deal in the case.

“At the time, I knew that the contents of the hard drive were relevant to an official proceeding, that is, Cause No. 5:17-CR-50010, United States v. Woods et al.”

Cessario’s statement also noted that he “corruptly performed and had performed, the erasures with intent to impair the integrity and availability of the computer hard drive and its contents for use in that official proceeding.”

“I am guilty of the violation alleged,” he said.

Court documents show that Cessario faces as many as 20 years in prison and a fine of up to $250,000 and three years of supervised release, according to local media reports. His sentencing will come at a later date, which hasn’t been disclosed.

The case stems from the trial involving Woods, who, in 2018, was convicted of mail fraud and wire fraud charges. Woods was accused of taking kickbacks in return for steering state grants to Ecclesia College in Springdale.

Cessario was ordered in 2018 to turn the laptop over to computer experts at the FBI’s state headquarters in Little Rock, Arkansas, after a discrepancy was brought to light at a November pretrial hearing, according to court records.

Before that, Cessario had the laptop professionally erased because it contained personal medical records, the investigator said. Then he personally erased the computer’s hard drive again before turning it in.

“I should not have done that,” Cessario testified in an Arkansas court in 2018.

In 2020, attorneys for Woods argued against Cessario’s credibility after the computer hard drive was wiped. They made the claim in a bid to dismiss Woods’s conviction.

“He actually got up on the stand and testified under oath, and that court found him to be testifying untruthfully,” lawyer Patrick Benca, representing Woods, told Courthouse News at the time. “That timed with the wiping of the laptop created what I believe the court’s conclusion is there was potentially useful information on that laptop, and it shouldn’t have been destroyed.”