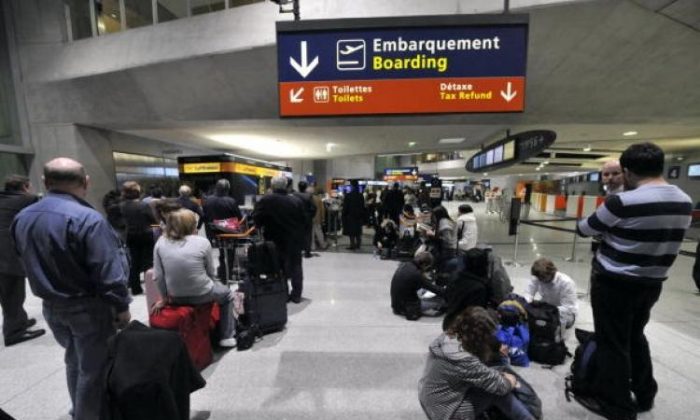 People wait on April 15, 2010 at the Charles-de-Gaulle airport in Roissy, outside Paris, in a file photo. (Mehdi Fedouach/AFP/Getty Images)
Social Media

People have been suitably impressed with a prank at the airport.

Pictures have been appearing online of what appears to be power outlets in the terminal.

I am in awe of the monstrousness of whoever put a sticker of an outlet on a wall at the airport pic.twitter.com/DgIyDd6iHY

But closer inspection reveals that they are actually stickers of outlets, not actual outlets.

“I am in awe of the monstrousness of whoever put a sticker of an outlet on a wall at the airport,” wrote sports journalist Claire McNear, one of the Twitter users to post a picture of the prank.

THIS IS A STICKER SOMEONE IN THIS TERMINAL IS AN ASSHOLE pic.twitter.com/JqVRRI8aD6

Several other pictures were shared of seemingly different stickers.

Another referred to the person behind the stickers as an “evil genius.”