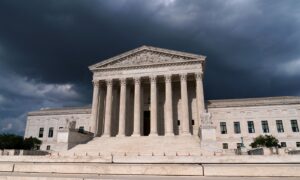 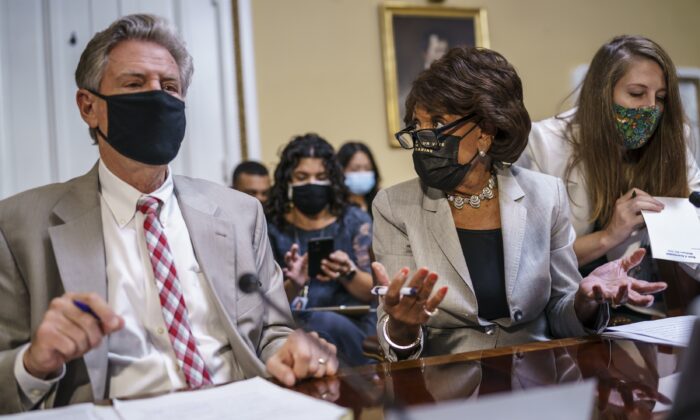 Eviction Moratorium Set to Expire After Congress Fails to Extend It

The nationwide pause on evictions is set to expire on Saturday after Congress failed to extend it.

The Centers for Disease Control and Prevention ordered last year a moratorium on evictions, but federal courts have since said the agency overreached with the pause and the Supreme Court ruled in June that any extension would have to be approved by Congress.

Democrat leaders chose on Friday to ask for unanimous consent in the House of Representatives for a bill that would have extended the pause.

But that method enables a single member to block passage, and Republicans blocked it.

House Speaker Nancy Pelosi (D-Calif.), Majority Leader Steny Hoyer (D-Calif.), and Majority Whip James Clyburn (D-S.C.) in a joint statement after the vote blamed Republicans, even though Democrats hold the majority in the lower chamber and could have passed the bill without any Republican votes.

“We are proud and pleased that, overwhelmingly, House Democrats have understood the hardship caused by rental evictions and support extending the eviction moratorium to October 18, 2021. Unfortunately, not a single Republican would support this measure,” they claimed.

The bill in question, the Protecting Renters from Evictions Act of 2021, was introduced this week by Rep. Maxine Waters (D-Calif.).

The legislation would have extended the eviction moratorium until December 31. That was “the right thing to do to prevent increases in homelessness and the spread of the coronavirus,” Waters said.

Waters after the vote said she did not agree with House Democrats leaders on their approach.

“While leadership chose to seek unanimous consent from the Republicans, they did not get it. I wanted leadership to put my bill up for a vote on the Floor,” she said.

A survey of House members before the vote signaled that there was not enough support to pass the legislation, she added, but she was hopeful some members would have had “a change of heart” and voted yes based on a request from President Joe Biden and the support of many Democrat members.

“I believe we should have fought to our very last breath,” Waters said.

The House went on recess following the attempt to pass the bill, prompting some Democrats to call for it to reconvene.

Even if the House had passed the bill, it would have required the approval of the Senate. Democrats also control the upper chamber, but only through Vice President Kamala Harris’ tiebreaking vote.

Biden, who would have signed the bill if it passed, went to Camp David on Friday evening.

Biden on Friday said in a statement that state and local governments should “take all possible steps to immediately disburse” emergency funding they received from Congress as the eviction pause was set to expire at midnight Saturday.

“There can be no excuse for any state or locality not accelerating funds to landlords and tenants that have been hurt during this pandemic,” Biden said. “Every state and local government must get these funds out to ensure we prevent every eviction we can.”

At Biden’s request, the Departments of Agriculture, Housing and Urban Development, and Veterans Affairs, as well as the Federal Housing Finance Agency extended foreclosure-related eviction moratoria until September 30.

Additionally, the secretaries of the agencies urged home owners and operators to “make every effort to access Emergency Rental Assistance (ERA) resources to avoid evicting a tenant for non-payment of rent.”