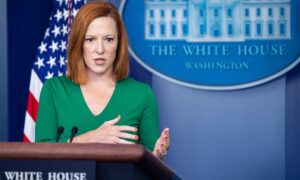 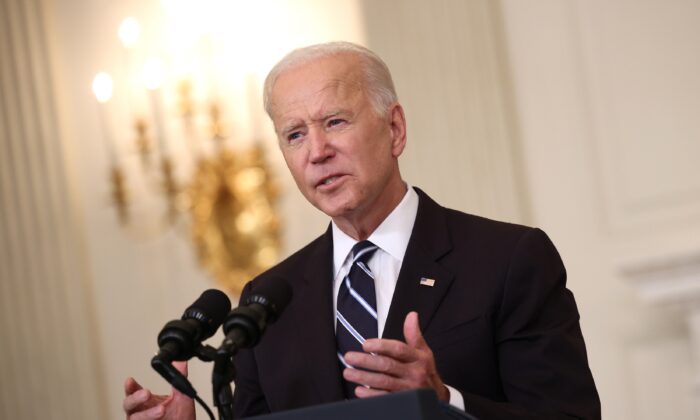 Biden is almost in lockstep with Trump’s policies

If former President Donald Trump wants to claim a legacy, he can at least point to China trade policy. The Biden administration just showed that it plans to remain true to Trump’s policies.

Recent talks between U.S. Trade Representative Katherine Tai and Chinese Vice Premier Liu He have made this clear. Although China asked Tai to lift the Trump tariffs as a gesture of good will, she, speaking for the administration, replied that not only would the Trump tariffs remain in place, but the United States would use any “tool” available to pressure Beijing to change what she described as its “authoritarian state-centric approach to trade.” Tai even threatened another “Section 301 investigation” of the sort Trump used to initiate the tariffs back in 2019. The only difference from the policies established under the previous administration is President Joe Biden’s pledge to seek “allies” and “agreements” with other nations to increase pressure on China, though Tai had little substance to offer on this score.

The Biden administration has held completely to the two-phase agreement that the Trump White House and Beijing signed in January 2020. The first phase left the Trump tariffs in place until China met certain targets for purchases of American manufactures, agricultural products, and energy. For this phase of the agreement, Beijing also promised to stop patent and copyright infringements, and ease rules demanding that Americans doing business in China transfer technologies and trade secrets to a Chinese partner. Beijing further promised to ease restrictions on American business entering China, especially in the financial area. By the terms of that agreement, only if China abided by its promises would it move into the second phase. In it, the United States would begin to lift the tariffs, and the two countries would tackle other issues such as Beijing’s subsidies for state-run enterprises and its industrial policies.

At the recent talks, Tai insisted that so far China has failed to comply with the terms of the agreement’s first phase. Liu pointed out that Beijing has improved the ability of Americans to file patent and copyright infringement complaints, and has eased requirements on technology transfers. The American negotiators effectively described these measures as insufficient. They also seemed to regard as inadequate Beijing’s recent invitation to the American financial giant BlackRock to construct and sell investment products in China. Metrics on Chinese purchases of American products also fell short of promises made in January 2020. Although U.S. exports to China have picked up smartly in the last couple of years, the gain is still less than two-thirds of the amount agreed in January 2020, especially in energy, as well as in agriculture and manufactures.

Surprisingly, Beijing did not try to blame these failings on last year’s pandemic emergency or on China’s economic and financial problems this year. Slower growth and the upheaval of these events might easily have explained a relative shortfall in imports of American-made goods and even why steps to change policy in other areas covered under the phase 1 moved slower than promised. Perhaps Liu made such claims in the private parts of his meetings with Tai. But there was no sign in public comments from either side of the negotiation that such points were made. From the American position, it is not likely they would have made a difference.

The matter of American partners, though distinct from Trump, was mostly just talking points. Washington has all but discounted the rules of the World Trade Organization (WTO) as applicable to the matter of China trade. Tai did not even mention the G-7 or the G-20. She did point to the recent U.S.-EU agreement on competition between Boeing and Airbus. But if America truly wants a united front with Europe against China, it would lift Trump’s steel and aluminum tariffs on European producers. These remain in place. Neither has the United States done much to consummate a trade agreement with the newly separate United Kingdom, nor has it approached the successor to the defunct Trans-Pacific Partnership (TPP), the Progressive Agreement for Trans-Pacific Partnership (PATPP). This decision is especially noteworthy since last month China applied for admission to that agreement.

Many in think tanks and no doubt analysts in the U.S. Trade Representative’s office have put forward proposals to resolve the still-strained situation. These include ways for the United States to build a united front with other nations against China. Other proposals suggest methods to scale back on the tariffs and otherwise implement more gradual approaches than those in the January 2020 agreement. Thoughtful as some of these suggestions are, it is apparent that on this matter, the Biden White House has decided to remain as demanding and determined as was the Trump White House and in the same ways. Whatever this administration’s clear desires to separate itself from Trump, his manner, and his policies, they do not extend to the issue of China trade.