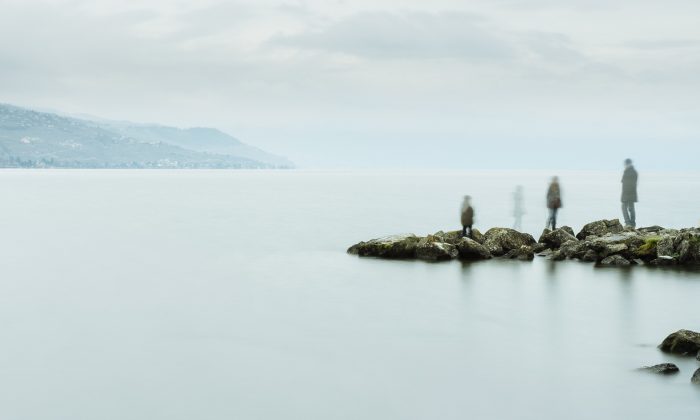 Even If Ghosts Are Imaginary, Their ‘Presence’ Suggests Something Strange at Work

Owen (1919–2003) was a Cambridge-educated mathematician and geneticist who became a parapsychology researcher for the non-profit New Horizons Research Foundation in Toronto. He was well-known for his poltergeist research, which suggested poltergeist activity may be the result of psychokinesis.

Psychokinesis, or telekinesis, is the purported ability of the mind to influence a physical system; some people today still support the theory that poltergeists are the result of people experiencing emotional disturbances and psychokinetically causing physical disturbances in their homes.

Owen wondered if “ghost” activity in general may be caused by psychokinesis–if people who have had ghostly encounters have created them.

The research group created a fictitious character, Philip, and tried to contact him through a seance. They constructed his life in detail beforehand: he was a 17th century English aristocrat whose wife discovered his mistress and had her burned as a witch.

A series of strange phenomena eventually occurred during the group’s seances. Raps on the table were heard distinctly–one rap meaning “yes,” and two raps meaning “no”–and the table moved erratically around the room.

Owens detailed the events in the January 1974 edition of the New Horizons Journal: “[The raps on the table] were equally audible and prolific if the group were all standing up around the table, with all hands in view, finger-tips lightly resting on top of the table.

“After some four weeks of sittings when raps were produced, one night, suddenly, the table started to move, and it moved around the room in random fashion. The sitters were forced to vacate their chairs and follow it.

“It would move right into corners, forcing most of the sitters to relinquish their contact, and then shoot across the room at great speed, so that at times it was difficult to keep up with it. When it came to rest, the sitters, standing round the table, would continue their questions, and the raps would come forcibly, and apparently intelligently as before, thus demonstrating again that no-one was tapping from underneath.”

The meetings were held at different homes and different tables were used, Owens reported, all with the same results. He also noted that thick carpeting would have made it difficult to move the table by normal means.

The questions the sitters asked, and the rapping responses, confirmed that the “ghost” was Philip. But when Philip was asked about parts of his life not previously agreed upon by the group members, the raps were hesitant.

The group started the experiment seeking a ‘collective hallucination,’ but Owens hypothesized that they achieved ‘collective psychokinesis.’

The group started the experiment seeking a “collective hallucination,” but Owens hypothesized that they achieved “collective psychokinesis” or “PK by committee.”

He said: “If the group remains divided as to what the ‘right’ answer should be, then the rap is feeble. Sometimes members have second thoughts; this is reflected in the fact that a knock for ‘yes’ will be followed after a pause by a second and negating rap.

“Just like any committee decision there has to be time for thinking and taking a vote.”