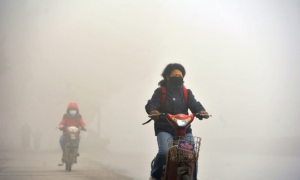 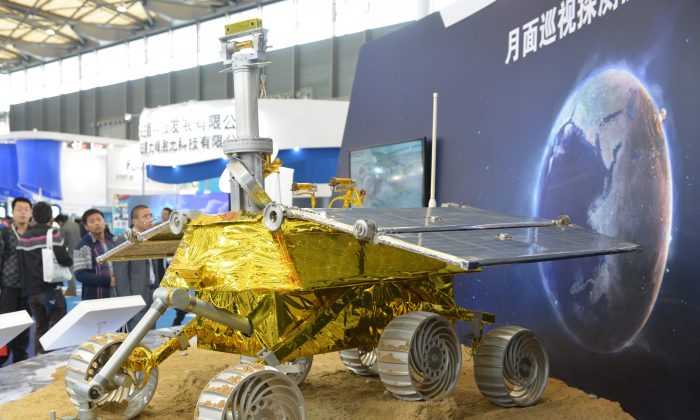 A nuclear explosion is shown on the earth in an exhibit for China's lunar rover, at the China International Industry Fair 2013 in Shanghai on November 5. (PETER PARKS/AFP/Getty Images)
China

Europe Shown Getting Nuked in Promotion for China’s Moon Rover

The setting for a promotional diorama for China’s gold-colored Yutu “Jade Rabbit” moon rover has caught the Internet’s attention, and for good reason. A painting of the earth in the background shows Europe being nuked.

The image, titled “Nuclear Explosion on Earth from Space,” is a stock photo and is available on the Snornon wallpapers website. It was found by a user on the message board website, Reddit, by the user “wigg1es.”

Why the image of the nuclear attack is being used in a promotional exhibit for China’s lunar program is another question entirely.

The rover with the image in the background was part of an exhibit at the China International Industry Fair 2013 in Shanghai. China’s state-run television station CCTV posted a photograph of the exhibit to its website on November 4, as did several Western media. It was only recently, however, that users online pointed out the nuclear explosion in the background.

The image shows a large mushroom cloud over Europe, with shockwaves from the explosion traveling outward. However, the Chinese letters shown above the image of the earth read “principle machine of moon surface inspection.”

NASA is forbidden from cooperating with China on space programs, which are led by the People’s Liberation Army (PLA).

US B-52 Bombers Appear in Chinese Military Training Game