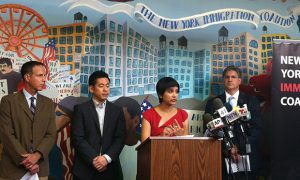 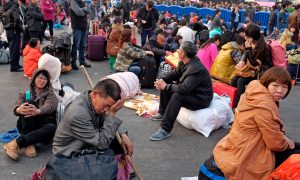 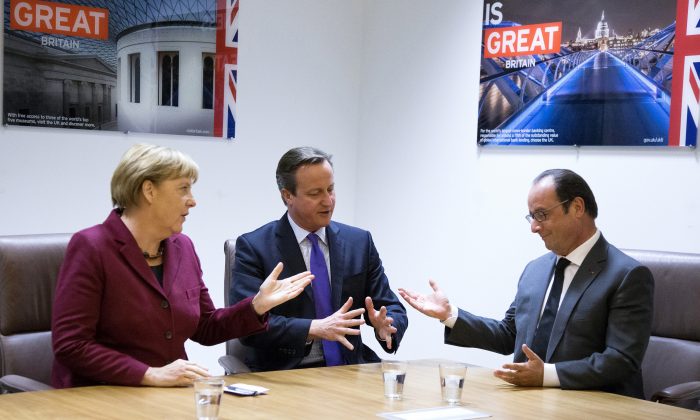 BRUSSELS— Faced with a refugee emergency that is only likely to deepen, European Union leaders moved on Thursday to shore up the bloc’s borders to the outside world and fundamentally reshape the way they deal with asylum seekers.

The leaders also struggled to persuade a reluctant Turkey to do more to stop tens of thousands of refugees entering Greece — offering vast amounts of money, easing visa restrictions for Turkish citizens and accelerating the country’s EU membership talks.

According to draft conclusions seen by The Associated Press, an action plan for Ankara to help it manage the impact of some 2 million refugees will be rapidly implemented, too, and diplomats said that the country could receive several billion euros in additional funds.

But as the leaders met, senior EU officials lashed out at the leaders for failing to live up to past promises of funds and resources.

Thousands of people continue to risk the dangerous journey daily. Greece recovered seven more bodies off the island of Lesbos Thursday after a migrant boat collision, and shivering newcomers streamed into Croatia seeking aid and shelter.

They are just some of the more than 500,000 people fleeing war or poverty to enter Europe this year, most of them via Greece and Italy, overwhelming border authorities and reception facilities. In response, EU leaders promised last month to provide hundreds of millions of euros for Syrian refugees and to help Africa better manage its borders, as well as funding experts to fingerprint and screen new arrivals in Italy and Greece.

But European Commission President Jean-Claude Juncker said he was still waiting. “The member states have got to do what they promised to do,” he said.

The Commission has complained that only three of 28 nations have pledged a total of just 12 million euros ($13.7 million) to a fund to help African nations better manage their borders. The pot is meant to total 1.8 billion euros (about $2 billion) over two years.

The EU’s border agency and asylum office have appealed for a total of around 1,000 officers to help fingerprint people and decide whether they are eligible for asylum. So far, about a dozen of the 28 EU nations have offered around 130 personnel.

“We can, and must, do much better,” said EU President Donald Tusk, adding that the influx of migrants could get much worse.

In their draft statement, the leaders commit to beef up borders, with experts tasked to “devise technical solutions” so that the EU can meet its migration and security goals without “hampering the fluidity of movement” of citizens.

The Frontex border agency will be allowed to deploy rapid-response teams to areas where migrant arrivals peak.

The leaders also welcome new measures to improve border management, a veiled reference to a controversial plan for a European border guard system, which many nations oppose because it would mean allowing security personnel from other nations on their territory.

During their talks, the heads of state and government also grappled with ways to do away with the rules that oblige asylum-seekers to be returned to the first country they land in; which in practice mostly means overburdened Greece and Italy.

In the Balkans, rain storms sweeping through Serbia and Croatia caught thousands as they made their arduous trek, leaving them standing in fields between two countries, in bitter weather, waiting for transport to destinations in western Europe.

“They have no winter clothes, then they get respiratory diseases. Coughing, infections, fever, then they are completely exhausted,” she said.

Croatian Foreign Minister Vesna Pusic, visiting the site, urged the EU leaders to boost external borders instead of putting up fences inside Europe, as neighboring Hungary has done.

“This is the turning point when Europe is deciding whether it will be marked by walls and barbed wires or whether it will be a reasonable continent of cooperation that uses political means to address the causes of such misery,” she said.