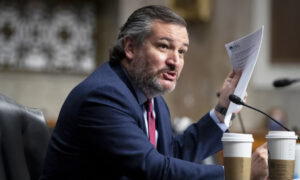 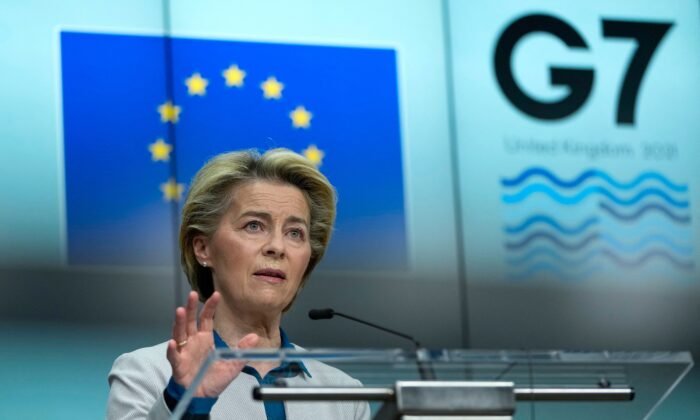 EU Calls for Unfettered Investigation Into Origins of COVID-19

European Union leaders called for an unfettered investigation into the origins of the CCP (Chinese Communist Party) virus on June 10, which they said is necessary to draw the “right lessons” from the pandemic.

“There is this horrible pandemic, a global pandemic. We have to know where did it come from in order to draw the right lessons and to develop the right tools to make sure that this will never happen again,” European Commission President Ursula von der Leyen said at a news conference in Brussels.

“Therefore, the investigators need complete access to whatever is necessary to really find the source of this pandemic and, depending on that, we have to draw conclusions.”

Charles Michel, the head of the European Council, backed von der Leyen’s call for a new investigation into the origins of the CCP virus.

“The world has the right to know exactly what happened in order to be able to learn the lessons,” he said.

Michel also said, in its dealings with the Chinese regime, the EU “will defend ourselves against practices that pose security risks, distort the level playing field, or are incompatible with our values.”

“We continue to stand up to defend human rights and the rule of law in Xinjiang, Hong Kong, and elsewhere.”

The EU’s call for a new investigation follows U.S. President Joe Biden’s May 26 request for U.S. intelligence officials to conduct further investigations to uncover the origins of the CCP virus, including any possibility the trail might lead to a Chinese laboratory.

The CCP has claimed the virus was spread through a wet market in Wuhan, Hubei Province, in late 2019.

But a number of Republican lawmakers as well as former President Donald Trump have suggested that the virus may have been developed in and emerged from the Wuhan Institute of Virology (WIV), a top-security laboratory located just miles from the wet market.

The World Health Organization (WHO) endorsed Beijing’s claim, stating in its March 30 report into the virus’s origin it was “very likely” the pandemic started from bats through an intermediary animal, and the likelihood of a lab leak causing the outbreak was “extremely unlikely.”

But many have noted that CCP officials were present throughout the WHO’s probe, and critics have said the regime played a significant role in the investigation.

The U.S. mission to the U.N. in Geneva said in a statement last month that the WHO study was “insufficient and inconclusive,” and called for a timely, transparent, and evidence-based second probe to be conducted.