Essential Nutrition to Protect Yourself From Coronavirus

As for prevention to viruses, nutrition plays a crucial role and several nutrients are known for their immune-boosting properties and ability to ward against viral infections. As reported in a February 24, 2020 press release:1 2

COVID-19 is around 30 to 60 times more lethal than the typical annual flu. Both influenza and coronavirus cause an inflammatory storm in the lungs and it is this inflammatory storm that leads to acute respiratory distress, organ failure, and death.

Certain nutraceuticals may help to reduce the inflammation in the lungs from RNA viruses and others may also help boost type 1 interferon response to these viruses, which is the body’s primary way to help create antiviral antibodies to fight off viral infections.”

McCarty and DiNicolantonio list several nutrients available in supplement form that may be of particular benefit against COVID-19, including the those listed below. For more details about each, see the full-text paper4 published in Progress in Cardiovascular Diseases:

A 2005 study8 in The Journal of Infectious Diseases also found resveratrol has the power to inhibit the replication of influenza A virus, significantly improving survival in influenza-infected mice. According to the authors, resveratrol “acts by inhibiting a cellular, rather than a viral, function,” which suggests it “could be a particularly valuable anti-influenza drug.”

The provisional daily dosage suggestions offered by McCarty and DiNicolantonio to help control RNA viruses, including influenza and coronavirus infection, are as follows:9

The Importance of Vitamin D Optimization

Solar ultraviolet-B radiation and supplemental vitamin D have also been shown to reduce pandemic fatality rates, which makes sense considering how important vitamin D is for controlling infections and lowering your risk for influenza and the common cold.

Research shows high-dose vitamin D supplementation lowers the risk of respiratory illnesses and lung infections in the elderly by 40%. As noted by an author of that study, “Vitamin D can improve the immune system’s ability to fight infections because it bolsters the first line of defense of the immune system.”

Research10 published in 2009 pointed suggests fatality rates during the 1918-1919 influenza pandemic were influenced by season, with greater numbers of people dying during the winter than the summer. According to the authors:11

“Deaths during the 1918–1919 influenza pandemic have been linked to both the influenza virus and secondary bacterial lung infections. Case fatality rates and percentage of influenza cases complicated by pneumonia were available from survey data for twelve United States locations in the 1918–1919 pandemic.

Substantial correlations were found for associations of July UVB dose with case fatality rates and rates of pneumonia as a complication of influenza. Similar results were found for wintertime UVB. Vitamin D upregulates production of human cathelicidin, LL-37, which has both antimicrobial and antiendotoxin activities.

Vitamin D also reduces the production of proinflammatory cytokines, which could also explain some of the benefit of vitamin D since H1N1 infection gives rise to a cytokine storm.”

As a general guideline, get your vitamin D level tested twice a year, in the winter and summer, to make sure you’re in a healthy range of 60 ng/mL to 80 ng/mL year-round. (A compelling body of research suggests 40 ng/mL is the cutoff for sufficiency.)

Take Control of Your Gut

Last but not least, should the inclusion of Prevotella bacteria in COVID-19 turn out to be accurate, prebiotics, probiotics and sporebiotics may be of significant use. A number of studies 12 have shown Bifidobacterium bifidum strain probiotics can help reduce Prevotella, while Lactobacillus strains tend to increase it.

Sporebiotics may be particularly beneficial. Spore-based probiotics consist of the cell wall of bacillus spores — the protective shell around the DNA and the working mechanism of that DNA — not the whole, live bacterium.

Bacillus spores have been shown to dramatically increase immune tolerance, which means they help repair damage in your intestinal barrier. Since they’re not “live,” they’re also unaffected by antibiotics.

Research has also shown that sporebiotics massively increase reproduction of acidophilus, bifidus and other microbes in your gut via the electromagnetic messages they send out. This is entirely unique. When you take a regular probiotic, they primarily take care of themselves. Bacillus spores, on the other hand, actually enhance many of the other beneficial microbes.

Bacillus spores also create 24 different substances that have strong antimicrobial properties. However, they do not kill indiscriminately like antibiotics do. They can specifically suppress pathogens that do make a valuable contribution to the whole.

Taking measures to strengthen your immune system is a wise strategy to protect yourself against illness as a strong immune system is your No. 1 defense against all types of infections, both viral and bacterial, and the nutraceuticals discussed in this article can assist you in that effort. 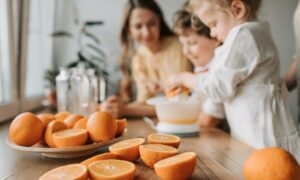 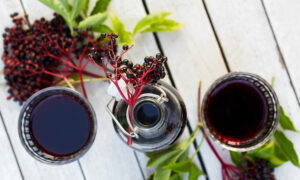 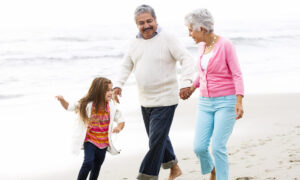