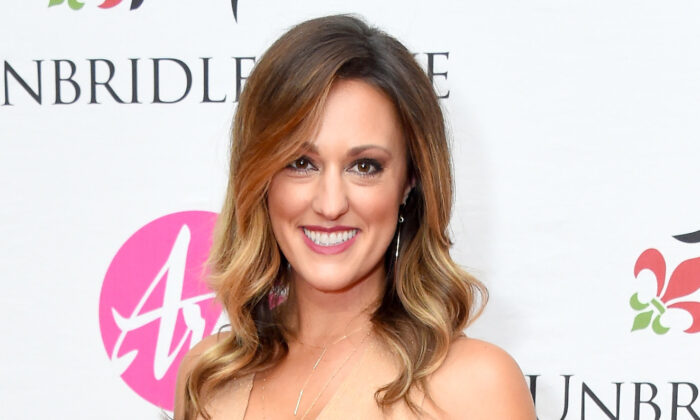 ESPN college football reporter Allison Williams announced on Friday that she has decided to leave the network after her request for an exemption to the company’s COVID-19 vaccine mandate was rejected.

The sports broadcaster, who last month announced that she was opting out of the season over ESPN’s vaccine mandate while she and her husband “try for a second child,” said on Friday night that her “request for accommodation” had been denied.

Williams, 37, said in an Instagram video that she will be “separated from the company” effective next week. She said last month that it would be the first time in 15 years that she wouldn’t be on the sidelines for college football.

“Belief is a word I’ve been thinking about a lot lately because, in addition to the medical apprehensions regarding my desire to have another child in regards to receiving this injection, I am also so morally and ethically not aligned with this,” Williams said in her five-minute clip. “And I’ve had to really dig deep and analyze my values and my morals, and ultimately I need to put them first.

“And the irony in all this is that a lot of those same values and principles I hold so dear are what made me a really good employee and probably helped with the success that I’ve been able to have in my career.”

The Centers for Disease Control has said there is currently no evidence the COVID-19 vaccines cause fertility problems, and that “the benefits of receiving a COVID-19 vaccine outweigh any known or potential risks of vaccination during pregnancy.”

ESPN in August made vaccinations against COVID-19, the disease caused by the CCP (Chinese Communist Party) virus, mandatory for employees at live events. Its mandate was extended to all staffers this month.

The network told several news outlets that ESPN is “going through a thorough review of accommodation requests on a case by case basis” and that exemptions are being granted “consistent with our legal obligations.”

“Our focus is on a safe work environment for everyone,” the company said.

Williams in her video statement said that she “cannot put a paycheck over principle … and I will not sacrifice something that I believe and hold so strongly to maintain a career.”

“I don’t know what the future holds, obviously, for any of us,” Williams added. “I’m trying to wrap my head around the thought that the largest game I’ve worked in my career, the national championship game, might be the last game I work. But I’m going to focus on what I have to be thankful for. I’m going to hold on to my faith. I’m going to pray that things get better and that I can see you on the television set in some capacity, in some stadium, covering some game soon.”

Williams has been covering college football and basketball sidelines with ESPN since March 2011.