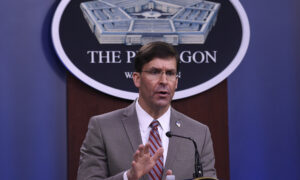 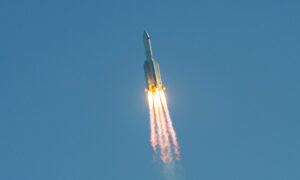 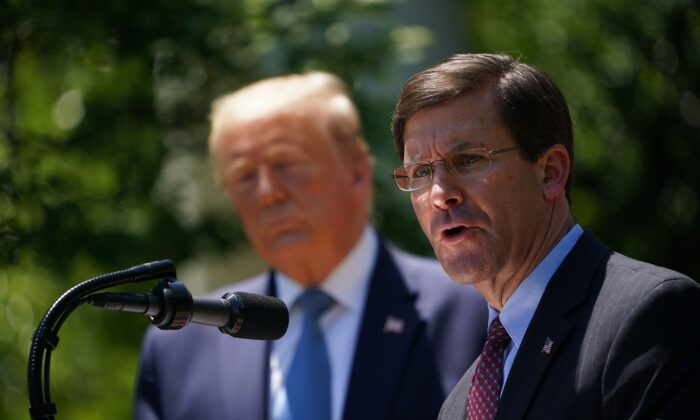 Secretary of Defense Mark Esper with President Donald Trump, outside the White House on May 15, 2020. (Mandel Ngan/AFP via Getty Images)
China-US News

“My challenge is to implement that strategy and pivot toward China and make sure we deal with it, and that we avoid a hot war with China, but at the same time, we stand up for our values, we stand up for the international rules-based order, and we stand up for those things that Americans hold dear,” Esper said.

Would such an attack be an act of war?

“Look, we watch China very carefully. They should be cautious about they do. We regard any type of military action like that very gravely,” Esper responded.

The top military official stressed later that America will “defend our allies.”

Taiwan has seen broad support from the United States, including the establishment in 1979 of substantial relations between America and Taiwan.

U.S. officials have recently joined calls for Taiwan to be let in as a full member of the World Health Organization, an entry which China and other members have repeatedly blocked.

Esper was speaking after the White House in a new assessment called the communist party’s aggressive military moves part of a pattern of “malign behavior.”