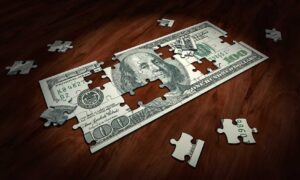 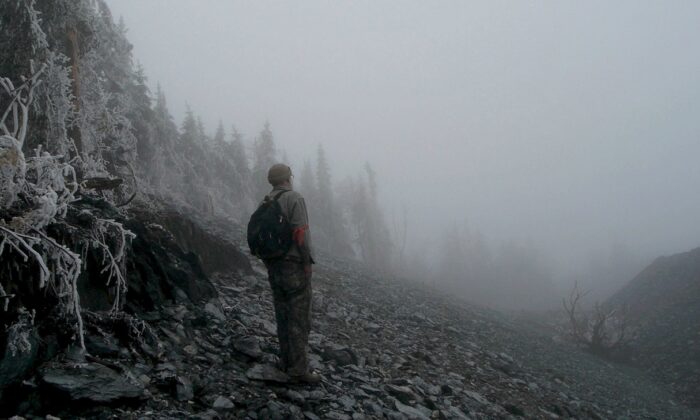 A poster of the documentary "Planet of the Humans." (PlanetOfTheHumans.com)
Viewpoints

ESG Investing Is a False God

There is no universal barometer of ethical investing

After one peels back the layers of sugarcoating, there are two thorny truths about environmental, social, and governance (ESG) criteria: There’s not even close to agreement on how to grade firms, and there never will, and ideologically constrained portfolios don’t generate superior returns relative to unconstrained portfolios.

ESG has become a virtue-signaling buzzword that distracts from legitimate fundamental analysis and allocative efficiency. The ruse—since it rests on subjective assessments rather than concrete outcomes—muddies fiduciary duty and lessens accountability for portfolio managers.

Perhaps worse, ESG has become a tool for progressive ideologues to guilt-trip, dominate, and hustle private companies. In the era of social media and trending hashtags, the specter of finger-pointing, mass hysteria, and consumer boycotts is ever-present. Risk-averse firms wish to avoid confrontations, and many chief executives are falling over themselves to embrace ESG and preempt accusations from the woke brigade.

Ideologues—as they have done with vacuous fair-trade labeling—are setting themselves up for lucrative positions as gatekeepers and rent-seekers. They are establishing standards boards with the promise of keeping the regulators and mob at bay, so long as each firm adheres to fashionable dogmas and has the right stamp of approval. Public-pension funds are especially vulnerable (pdf) to politicization and malinvestment, since those making the decisions don’t bear the brunt of miscalculations.

The Professional Voice of Reason

There’s enthusiasm for ESG among many financial professionals, perhaps because they see a branding opportunity and the regulatory writing on the wall. They might also be enamored with the lofty, feel-good rhetoric. The Forum for Sustainable and Responsible Investment estimates (pdf) that one-third of professionally managed assets—$17.1 trillion out of $51.4 trillion—have gone through some form of ESG screening, and the proportion is rising swiftly.

However, even proponents acknowledge a lack of consensus over what merits ESG recognition. Quantifying the criteria opens another can of worms. The CFA Institute, the world’s most prominent financial-professional association, has acknowledged this in a position statement this month.

On the one hand, CFA encourages “professionals to consider material ESG factors … as an important part of the analytical and investment decision-making process.” On the other, CFA notes the disclosures and data “require further standardization and refinement to improve the quality, consistency, and comparability of material ESG factors.”

For this reason, “CFA does not support mandated integration, nor should regulators.”

The CFA has progressive inclinations, but some CFA bloggers have been remarkably frank about ESG shortcomings. Writing for Enterprising Investor, Jordan Boslego dismisses the term wholesale: “ESG is such a broad and haphazard concept that without strong fiduciary standards, it risks becoming a convenient excuse for those same fund managers to underperform their benchmarks while also charging higher fees.”

Meanwhile, proponents have been moving the goalposts. Mary Jane McQuillen, head of ESG for ClearBridge Investments, concedes “ESG’s foundational ideas were originally discussed as ways to improve investment returns.” While a few true believers remain, more sophisticated apologists, such as Joachim Klement, now attempt to downplay or rule out the damage to a portfolio.

UK-based Klement admits: “Not only do exclusionary screens not work, they are counterproductive. … Serious ESG investors moved on from exclusions a long time ago. The next iteration of ESG was the best-in-class approach … [which] mimics conventional strategies as closely as possible.” Gone are the grandiose upsides.

Perhaps the most awkward public-relations eyesore for ESG came from an unexpected source: a 2020 Michael Moore documentary. “Planet of the Humans” did more than debunk many environmentalist initiatives. The film pointed out the sometimes counterproductive activities of self-proclaimed environmentally friendly investment funds, even those backed by prominent nonprofits. The climax of the film was the closure of funds in anticipation of crippling publicity.

The ESG label is relatively new and trendy. However, the ESG push is the continuation of a longstanding debate: a rallying cry against what became known as the Friedman doctrine. This derives from a famous 1970 essay by the late University of Chicago economist Milton Friedman, “The Social Responsibility of Business Is to Increase Its Profits.” Friedman’s essay still appears in business-school readings, and with such lucidity and acute relevance, students are inclined to assume it just came out.

Friedman went against the Zeitgeist and defended the ethical value of profit as a firm’s objective. Further, he saw through the façade now referred to as ESG: “Businessmen who talk this way are unwitting puppets of the intellectual forces that have been undermining the basis of a free society. … The doctrine of ‘social responsibility’ involves the acceptance of the socialist view that political mechanisms, not market mechanisms, are the appropriate way to determine the allocation of scarce resources.”

The tendency of investors to use their money in seemingly irrational ways also isn’t new; it has spawned behavioral finance as a field of study. People don’t separate their values from their portfolios, and the flipside of ESG investing is sin stocks. As noted on All About Alpha, sin stocks—tobacco and gambling, for example—are contrary to polite tastes and “have higher risk premia and so higher returns than other stocks. … [This] is a lasting effect, not a window briefly closed by [arbitrageurs].”

In other words, investors pay for their personal tastes. They can earn higher returns by accepting the distasteful and lower returns in exchange for favorable spillover effects (real or perceived). Some investors, for example, opt for hedge funds as a status symbol when discount brokers would be a better fit.

ESG is a luxury some people indulge in, akin to charitable giving. The latest research (pdf), from Boston College, is pessimistic: “Stock selection is unlikely to stop smoking, slow global warming, or change the behavior of ‘terrorist’ countries.”

Regardless, let us neither succumb to the consumer fraud that ESG drives higher returns nor impose it via regulation or political pressure.

Fergus Hodgson is director of Econ Americas, a financial consultancy.