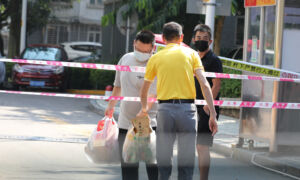 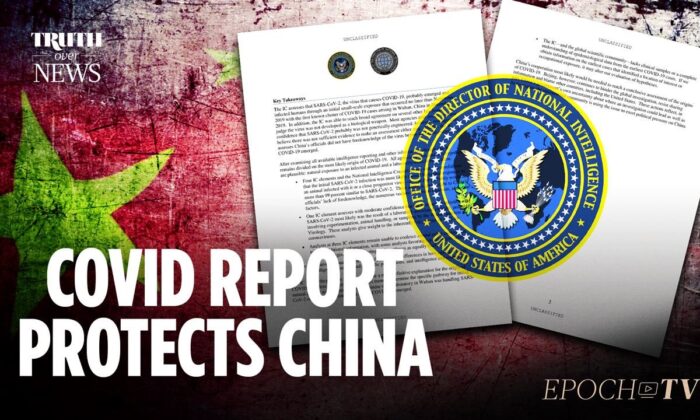 Once upon a time, not that long ago, we had something called reporters in the United States. Millennials and Gen-Z’ers may not believe this, but there were actually people employed by newspapers and television stations who would gather the news and then report on it without any overt political spin or coordinated narrative. Reporters have now largely vanished from the mainstream media landscape in favor of journalists, making it even more important to share episodes like “Why Does the IC Assessment Ignore Established Facts On COVID-19 Origins?” with people who still think outlets like CNN and the big three networks are just reporting the facts. Hans Mahncke and Jeff Carlson of “Truth Over News” are the real deal when it comes to reporting, and their continued coverage of the hunt to find the origins of the SARS-CoV-2 virus.

To be sure, our federal government doesn’t seem to be nearly as interested in where and how COVID-19 originated as Mahncke and Carlson. Having already done an episode on the two separate labs in Wuhan that could easily have been the source of the initial outbreak, they now turn their attention to the Intelligence Community assessment of COVID-19’s origins—at least the declassified portions. This is, of course, the report President Joe Biden ordered be compiled when his administration could no longer pretend an accidental lab leak wasn’t just as plausible an origin to the pandemic, if not more so, than the idea that the SARS-CoV-2 virus jumped from animals to humans. This assessment dropped at the tail end of our disastrous withdrawal from Afghanistan, and has received almost nothing in the way of media coverage. There have been plenty of print stories done, largely boiling down to the Intelligence Community thinking we’ll never know where it started, but televised coverage is almost nonexistent.

That’s what makes this episode important, as Mahncke and Carlson not only highlight various parts of the assessment, but give an analysis of how truthful or potentially misleading the assessment is. As Mahncke states at the outset of the episode, the IC assessment says a lot about the Biden administration’s desire to let China off the hook for unleashing the pandemic on the world, whether they intended to or not. Much of what they review seems to fall under the umbrella of plausible deniability while relying on the reader’s willful suspension of disbelief. Given how readily most of our government officials are to make a big show about vowing to get to the bottom of something, only to do little more than shake their fists and gnash their teeth, it seems unlikely that much more will come out of the Intelligence Community, which currently seems light on intelligence.

To illustrate this point, Carlson and Mahncke start out reviewing the very first paragraph of the “Key Takeaways” of the assessment, which in just a few sentences manages to be accurate, plausible, and misleading. The important thing to note is that what they consider misleading has to do with whether the virus was genetically engineered, as this term is used in the vaguest sense with no concrete definition. As Mahncke explains, Dr. Fauci has been hard to pin down, to say the least, on what he thinks qualifies genetic engineering. It’s a neat trick he’s used to try to claim the National Institute of Health never funded gain of function research (they did) and his dodginess surrounding genetic engineering gives the IC an out when making their assessment. Mahncke is not nearly so forgiving, pointing out the Wuhan Institute of Virology was genetically modifying bat viruses, and had been for more than a decade. He also explains the concept of conducting serial passage experiments, a process that is meant to alter the genes of a pathogen at an artificially increased rate of speed. This is the gain of function research Fauci insisted isn’t gain of function research, where scientists force a virus to go through multiple mutations that would typically take decades in a much shorter amount of time. Not calling this genetic engineering is the height of splitting hairs and doesn’t pass muster with Mahncke. The last sentence of the assessment’s opening paragraph claims that China had no foreknowledge of the virus before the outbreak, which Mahncke rates as poorly worded and mixed in its honesty. This claim hardly seems probable once Mahncke dismantles it with cold hard facts of information we do know—information that precedes the outbreak by a dozen years.

Carlson attacks the next portion of the assessment and the agencies’ agreement that it is as likely that the virus has natural origins as it is that it had manmade origins. Here the assessment is again splitting hairs, as Carlson points out that if exposure occurred due to contact with an infected animal, it hardly matters whether that contact happened accidentally inside a lab with poor safety controls in place or outside in a wet market. Either way, it could be considered a natural exposure because the infection came from an animal, rather than breaking a vial of the virus and inhaling it. It is yet another misleading statement meant to make it sound like the IC really did try to find the origins of this, even though they don’t seem to have tried very hard or put much logical thought into the matter. Carlson also has the receipts for their decision to call out this claim as intentionally non-specific.

Why Does the IC Assessment Ignore Established Facts On COVID-19 Origins? | Truth Over News [Full Episode]

Carlson moves onto the bullet points of the “Key Takeaways” and quickly blows up the idea that it’s most likely the SARS-CoV-2 virus had natural origins, dismissing the claim as illogical and inaccurate. He presents documented evidence contradicting the IC’s reasoning and their seeming desire to continue providing cover for China, in addition to highlighting that we’ve still not found the “missing link” animal that allowed COVID-19 to jump to humans if it did have a purely natural origin completely unrelated to any lab experiments. He reminds the viewer of the SARS outbreak in 2003, nearly 20 years ago, when we were able to determine the originating animal in just a couple of months. Why, with all the medical advances that have taken place since then, are we still unable to find not only the “bridge” animal but figure out exactly how this virus evolved to bind more perfectly to human cells than any animal cell we’ve tested, including the presumptive pangolin progenitor? It also has such a higher kill rate than other SARS viruses we’ve encountered that it seems even more unlikely to have developed without any human intervention.

Mahncke tackles more of the bullet points, assessing the claim that the virus probably escaped a laboratory after an accidental infection as accurate, even if only one IC agency found that to be the most likely origin. It’s astounding to anyone capable of deductive reasoning to think that just one agency came to this conclusion, but it’s fairly evident under our current administration that China must be protected from blame at all costs, even if it requires ignoring the documented safety hazards and risky nature of working with bat viruses at both labs operating in Wuhan. Even more unbelievable is that three additional IC agencies think both a lab leak and natural origins are equally possible. It is again a sign that when it comes to COVID-19, our Intelligence Community appears to have strapped on its dunce cap.

The final claim of the “Key Takeaways” is that there’s just no way to find out more about COVID’s origins and is assessed by Carlson and Mahncke as both inaccurate and misdirection. There are plenty of other scientists to ask questions about what they know, particularly in the West, including Anthony Fauci. Surely Fauci would be willing to turn over any and all information they have on the virus, wouldn’t he? At the same time, it’s ridiculous at this point to expect China to give any more information than they already have on just how this pandemic started, and it shouldn’t be necessary given how many independent researchers have been able to dig up information on their own.

This episode is crucial to view and share as we move ever closer to two years since this virus first appeared, particularly with the number of governments continuing to exploit the pandemic to wrestle freedom from their citizenry. The number of Americans who still believe the government has their best interests at heart when it comes to fighting COVID is truly frightening. Maybe if some of them watch this episode of “Truth Over Facts,” they’ll realize our current administration appears to care more about protecting China than protecting us.

“Truth Over News” premiers every Tue and Thu at 5 p.m. —exclusive on EpochTV.