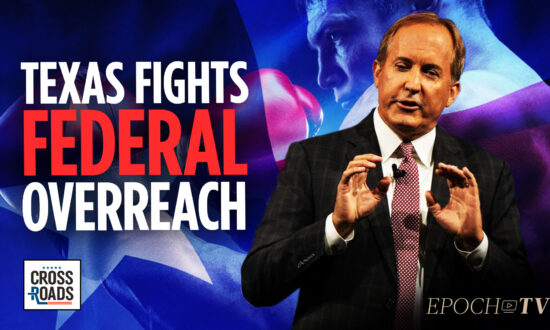 An alarming number of Americans, including many politicians with a “D” next to their names, don’t appear to understand the way our system of government works. They think the United States is a Democracy, not that it employs a democratic system of voting. They think the rights enshrined to us in the Constitution are granted by the government and can therefore be infringed upon. And they think the federal government should have the right to tell the states what laws they can and cannot pass, and override laws they don’t like. This has rarely been more obvious than under the current administration, with President Biden attempting to force red states to live according to the moral compass of blue states.

The Americans currently cheering for Biden’s dictatorial behavior don’t stop to think what will happen once the pendulum swings toward the Republicans, if the Democrats set this precedent. Then again, the Democrats and their followers are so obsessed with retaining an eternal supermajority at the federal level that it doesn’t occur to them that the pendulum could swing in the other direction, as it did when Trump was elected.

Texas has found itself in the administration’s crosshairs recently with its state-versus-federal fight, though many on the left would argue that Texas started it by challenging so many of Biden’s executive orders. These same leftists again forget their very recent history of suing the Trump administration for everything except breathing, and that’s probably because there is no law against a Republican president having the right to breathe (yet). Texas is battling the Biden administration over the absolute disaster at the southern border. It is also planning to join the fight against vaccine mandates, while having to defend newly passed state laws regulating election integrity and abortion. All of these lawsuits highlight the increasingly undeniable fact that when it comes to the Constitution, Biden does not see what it can do for the American people, but what it can do for him.

Joshua Philipp tackles these lawsuits with guest Ken Paxton on the Sept. 20 episode of “Crossroads,” titled “Texas Will Defend Constitutional Rights Against Federal Overreach on Vaccines, Abortion, & Election Integrity.” As Texas Attorney General Paxton is literally on the front lines of the fights to preserve states’ rights, the three main issues discussed all have far-reaching consequences nationwide and clearly illustrate the current war between centralized government and federalism.

Philipp and Paxton start their conversation with Biden’s recent edict that OSHA mandate vaccination or implement weekly testing of all unvaccinated workers in companies with 100 employees or more. This time, Arizona beat Texas to the punch on filing a lawsuit against the administration to challenge this mandate—but it turns out that’s for a reason. What has been lost in the media narrative on this topic is that Biden himself didn’t actually implement any kind of vaccine mandate policy. He instructed OSHA to write the policy, which it has not done as of the writing of this article. That means Arizona is challenging a policy that doesn’t exist yet—putting the cart well before the horse. Paxton explains that Texas is choosing to wait until it knows what the mandate will state, as then its lawsuit will be less likely to get thrown out of court for being out of line with whatever OSHA finally unveils.

That doesn’t mean Paxton doesn’t have an opinion on this mandate. In his mind, this is just one more example of Biden ignoring the design of our system of government and trying to write laws on his own. Perhaps after 40 years working as a senator, Biden was initially confused about what he can do as head of the executive branch—except that he probably voted a number of bills into laws as a member of the Congress. Plus, you’d think all the recent lawsuits he’s lost in court might drill the point home.

Paxton gives a nice little civics lesson for anyone who forgot the “Schoolhouse Rock” episode on how a bill becomes a law, reminding the viewer that executive orders only go so far. For something as invasive as a vaccine mandate, Biden has to wait for Congress to pass it into law, at which point he’s allowed to sign it, but he can’t simply hand OSHA a decree and expect it to pass constitutional muster. Paxton isn’t even sure a law that made it all the way through Congress wouldn’t still be deemed unconstitutional, unless we’re no longer living in a constitutional republic. Philipp mentions several avenues that states are considering to pursue lawsuits against the administration, but Paxton is hesitant to discuss the merits of any of them since OSHA hasn’t written its mandate yet. He takes a firmer stance on mandates imposed by various states, such as New York, which has started firing tens of thousands of healthcare workers. He suggests that these kinds of mandates could be challenged under the Civil Rights Act as they violate not only religious rights but disproportionately impact minorities, who have a lower rate of vaccination.

Paxton is adamant about halting Biden’s expansion of power and protecting our system of government, as set up by the framers of the Constitution. Any powers not explicitly given to the federal government are reserved for the states, and someone needs to remind Biden of that as he’s clearly forgotten it. Paxton and Texas governor, Greg Abbott, seem more than willing to step up to the plate to provide those reminders as long as necessary.

Texas recently passed the Heartbeat Bill, which has been vilified by the left as an extreme anti-abortion law. Hysterical discussions of abortion providers and women being jailed have blanketed the mainstream news and social media, even though the law doesn’t put anyone in jail. Rather, it allows for the filing of civil suits against doctors who perform abortions after a fetal heartbeat can be detected—typically around six weeks. The Biden administration has pushed the DOJ on Texas in an attempt to get the law overturned as unconstitutional, even though, as Paxton explains, Roe v. Wade plucked a woman’s right to an abortion out of thin air, not the Constitution. There is no precedent that would have allowed the Supreme Court in 1972 to legalize abortion, and even though they did, they still gave the states leeway to set their own laws.

Paxton said that Roe v. Wade is extremely outdated in terms of using trimesters to determine how laws can place restrictions on abortions. Medical advances have grown by leaps and bounds in the last nearly 50 years, as has medical understanding of pregnancy and fetal development. The trimester system is no longer relied upon the way it once was, instead tracking development week by week.

It seems absurd that the Texas abortion law is seen as more extreme than New York’s amendment to its abortion law in 2019 allowing for abortion past 24 weeks if the child is deemed non-viable or to protect the woman’s health. Considering it takes longer to prep for a second or third trimester abortion than it does to perform a c-section (by a lot), it feels like leaving the fetus in the womb longer is an odd way to protect a mother whose health is truly at risk.

Biden’s opposition to the Texas Heartbeat Bill is clearly a way to play to his base of voters in blue states. His use of the federal government to force progressive views of abortion on red states is another way to trample states’ rights. Paxton thinks it’s well past time the courts got out of the abortion business all together and let states debate and write their own laws in line with their constituents’ views. Those who understand the United States is a Republic built on federalism think the states should have the final say. Those who think we are a Democracy want the centralized government in Washington to impose a one-size-fits-all approach to the entire country.

The idea of allowing voters in each state to determine their state’s fate brings Philipp around to the final topic of the interview: election integrity. Texas also has a brand new law on voter integrity that would roll back some of the ridiculous extensions put in place during the COVID-19 pandemic—like 24-hour polling places and drive-through voting—and would require voter I.D. The COVID-19 restrictions were supposed to be temporary, but as soon as the legislature tried to repeal them Texas Democrats began to howl as if they’d been in place for decades. There has also been a ridiculous amount of bellyaching about requiring an I.D. to vote being fundamentally racist. To be clear, Texas already requires an I.D. to vote in person; this new requirement is strictly for mail-in ballots. Media and the left cling to the racism narrative despite survey after survey showing that everyone (including minorities) but white liberals are in favor of voter I.D.—by a wide margin. The Biden administration has also been very vocal about challenging this law.

Regardless of what Biden thinks, Paxton insists there’s nothing racist about the election law, stating firmly that voters are allowed to use multiple forms of I.D. to vote, not just a driver’s license, and that the state is willing to provide a free I.D. to anyone who doesn’t have one. Given the number of places and activities that also require an I.D.—getting into bars, checking into hotels, boarding airplanes, opening a bank account—it’s patently absurd to suggest that requiring a person to provide identification to vote will somehow prove an undue hardship. Paxton can only surmise that the reason the Democrats, including our president, are so against it is because the lack of a photo I.D. makes it easier to carry out election fraud.

While many on the left continue to find the idea of election fraud laughable, Paxton is currently pursuing more than 500 election fraud cases in Texas, and would have many more in the pipeline if the state had additional resources. Critics who grudgingly acknowledge that fraud exists often turn around and dismiss it as a minor problem, incapable of really impacting an election. But if each of those cases being prosecuted only impacted 100 votes, for example, the total impacted votes would include 50,000 ballots. That hardly seems to be a minor problem.

Philipp brings the conversation back around to the topic of vaccine mandates to close out the issue, questioning how the Biden administration can challenge Texas’ election integrity laws on the basis of civil rights while violating citizens’ civil rights with his mandates. Paxton breaks it down to essentially the shifting morals upon which this administration stands. Voter I.D. is racist because it would cut down on election fraud, but vaccine mandates aren’t racist because they allow Biden to deflect attention away from Afghanistan. Meanwhile, foreigners waltz across our southern border every day without being subjected to mandatory vaccinations or in some cases even so much as a COVID-19 test. It all depends on what the Democrats find most useful, at any given time, to their ability to stay in power.

They close the episode with Paxton reiterating yet again why he feels this fight is worth it; that if states don’t actively stand in the way of the Biden administration we’ll devolve even further into tyranny. His opinion isn’t unique, with many political pundits worrying that we’re losing our freedoms at an alarming rate in the name of public safety. That’s why Paxton finds it so important to continue throwing a wrench into Biden’s plans whenever the administration overreaches, and that’s also why it’s important to watch this episode and share it with anyone who has a half hour to spare.

“Crossroads” premiers every Tues, Thurs, and Sun —exclusive on EpochTV.