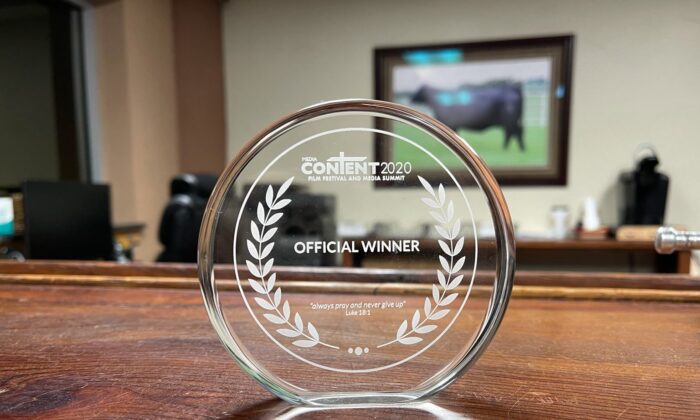 For the first time in 2020, the CONTENT film festival branched out to cover News and Journalism as one of its categories. The Christian film festival and media conference included 50 speakers and panelists, held in Dallas from Feb. 1 to Feb. 4.

“Everybody raved about the News and Journalism,” said John Diamond, coordinator for the News and Journalism department of the conference. He added the category is now here to stay. The decision to add the category was made a year and a half ago, and Diamond said people are increasingly looking to sources other than mainstream media in order to find the truth. “We were looking to the best of the alternative truth-telling media to invite to this conference.”

A year ago, right after the pandemic resulted in a nationwide shutdown, he saw a documentary exploring the origins of the CCP (Chinese Communist Party) virus online, featuring Epoch Times senior investigative reporter Joshua Philipp, and produced by Katherine Hu and The Epoch Times.

“That’s what I sent in for the nomination, but then you guys came out with a couple of other great documentaries since then,” Diamond said. Philipp’s coverage of the 2020 election ended up winning the Best Documentary award in the News and Journalism section.

“I was in the military in the Cold War and the ’80s, so I knew how communists deal with journalism. When they took over Eastern Germany when I was in the Air Force in the early ’80s, when they took over Eastern Europe, they took over the state media,” Diamond said. “So I know what that kind of propaganda looks like, I saw ours heading that way many years ago. But you know, the good thing with the coronavirus and the election, is it really exposed who the truth-tellers were, and [The Epoch Times] has really been the top as far as fair and honest, truthful journalism.”

“It was a real pleasure going up and receiving the award,” said Philipp, who attended the conference while traveling through Texas for his show Crossroads. “You really feel that the spirit of this country is very much alive and well when you start meeting the people. It’s the traditions and faith, that’s the heart of the country.”