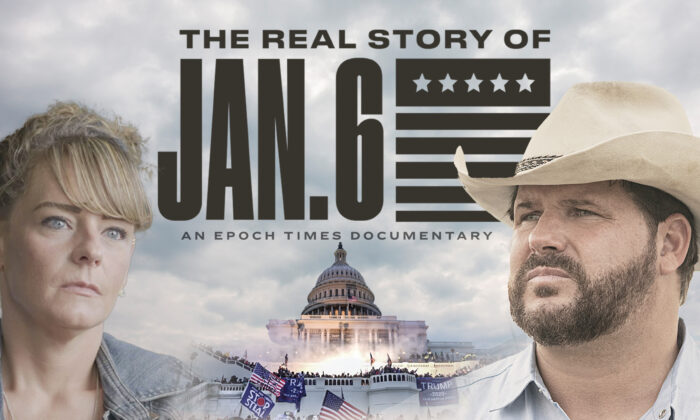 NEW YORK—After more than 18 months of heated rhetoric, political commentary, and nonstop media coverage, do we really know what took place in Washington on Jan. 6, 2021? Was it a coup, a riot, an insurrection, or a protest?

To provide new clarity on the events of that day, EpochTV and The Epoch Times have produced a documentary, “The Real Story of January 6,” which will premiere on Friday, July 22. The film is narrated by Joshua Philipp, host of “Crossroads” on
EpochTV and a senior investigative reporter at The Epoch Times.

The film takes a close look at the shooting of 35-year-old Air Force veteran Ashli Babbitt and the deaths of three other supporters of former President Donald J. Trump. It analyzes the police response to the massive crowds and use of force
around the U.S. Capitol.

It examines the human impacts of Jan. 6, including the suicide of one defendant and the long pretrial imprisonment of dozens of others. It also investigates claims that some of the attacks on the Capitol and police were carried out by unindicted suspicious actors.

“The Real Story of January 6” will stream free on Epoch TV for subscribers on July 22, and thereafter will be available for purchase on demand. Visit the film’s landing page for more details.