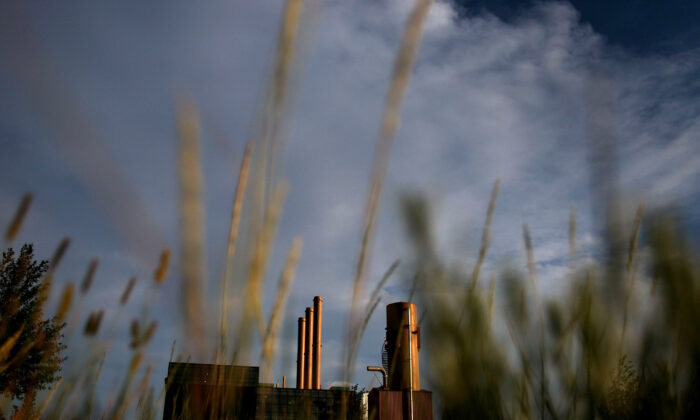 After more than a year of inaction, the Environmental Protection Agency (EPA) announced on Jan. 12 that it proposes to disapprove the State of Wyoming’s changes to its regional haze plan for PacifiCorp’s Jim Bridger coal power plant, potentially closing down Unit 2 of the facility for a year or more.

Yet in an exclusive interview with The Epoch Times, a Trump EPA official verified that he greenlit those changes in November 2020.

Greg Sopkin, former Region 8 administrator of the EPA, said that “to the best of [his] recollection,” he approved Wyoming’s revised submission “on or around Nov. 20, 2020.” Sopkin noted that he had stopped working for the EPA in November 2020.

In a statement, the EPA told The Epoch Times that the action didn’t take effect because it hadn’t yet appeared in the Federal Register, leaving it subject to the White House’s Jan. 20, 2021, Regulatory Freeze Pending Review Memorandum.

The EPA’s proposed rule comes just weeks after Wyoming Gov. Mark Gordon issued an emergency suspension order to keep the unit open. That order came after Gordon and PacifiCorp notified the EPA of their intent to sue over its inaction on the proposal on Nov. 14, 2021, based on its alleged violation of a nondiscretionary duty under the Clean Air Act.

The state instead wants to implement visibility-enhancing emissions limits on nitrogen oxide (NOx) and sulfur dioxide (SO2) as proposed by PacifiCorp in 2019.

Gordon’s letter ended with a state of Wyoming-sponsored analysis from Timothy Considine, a professor of energy economics at the University of Wyoming. Considine calculated that the closing of Unit 2 could decrease value added to the state of Wyoming by $148.6 million while also reducing annual tax revenue by $33.2 million and employee compensation by $34.9 million.

In addition, he estimated that the closure would cost 404 Wyoming jobs, including those directly and indirectly supported by the plant, as well as jobs induced by it. Most of those projected job losses would occur in Sweetwater County, the site of the plant and the coal mines that support it.

The state of Wyoming submitted its proposed revision to the EPA in May 2020. Gordon’s emergency suspension order noted that the Trump administration’s EPA had completed its review of the revision in November 2020.

“Wyoming was notified on November 23, 2020 that the former Region 8 administrator, Gregory Sopkin, had signed the proposed action on November 20, 2020, and that Wyoming would be informed when the action would be published in the Federal Register. But that did not happen,” Gordon’s letter reads.

Sopkin confirmed his approval of the submission.

In its proposed rule and a related statement, EPA doesn’t appear to address those actions.

The EPA’s proposed rule does state that SCRs on Units 1 and 2 of Bridger would “yield appreciable visibility improvement at a reasonable cost.” It noted that the state had previously agreed that costs for the SCR requirements were reasonable and that those costs as estimated by the state remained “eminently reasonable.”

In Gordon’s emergency suspension letter, he wrote that there were “no known disadvantages” to PacifiCorp’s proposed changes. Notably, PacifiCorp intends to switch to natural gas from coal on Units 1 and 2 by 2024.

“In light of this intention, it will never make sense for PacifiCorp to install SCR at Unit 2 for the purpose of restarting the Unit for the limited period of time until conversion. Accordingly, if EPA forces Unit 2 to shutdown, it will remain shutdown until it can be restarted as a natural gas unit,” Gordon’s letter reads.

The EPA’s statement on its proposed rule states that PacifiCorp’s slated conversion from coal shouldn’t have any bearing on the agency’s decision: “The company’s intentions are not part of Wyoming’s proposed revisions to its regional haze plan thereby precluding the planned conversion from EPA consideration and analysis.”

In an email to The Epoch Times, a spokesperson for PacifiCorp said “it would not be unusual” for the company to combine its lawsuit with the state of Wyoming’s.

“PacifiCorp continues to seek a path that allows the units to continue operating in compliance with the Clean Air Act as we work towards the planned unit conversions to natural gas,” the spokesperson wrote.

Wyoming’s two senators expressed frustration with the EPA and its apparent departure from expectations established under the Trump administration.

“The EPA’s decision today is a complete reversal from that of career EPA employees during the previous administration,” Sen. Cynthia Lummis (R-Wyo.) told The Epoch Times. “The Biden EPA’s decision here is needlessly hurting Wyoming’s energy workers and threatening America’s energy independence as well. It is blatantly political, and I will continue to block President Biden’s EPA nominees over this issue.

“Wyoming has worked tirelessly to comply with federal law on its regional haze plan for the Jim Bridger Power Plant. The Biden administration’s decision to reverse course to appease environmental activists, including climate czars in the White House, will not help the people, or the environment, of Wyoming.”

Sen. John Barrasso (R-Wyo.) told The Epoch Times: “The proposal to disapprove the State of Wyoming’s revised regional haze plan is not driven by sound science or sensible policy. It is pure political theater that puts the future of Wyoming’s energy workers at risk.”