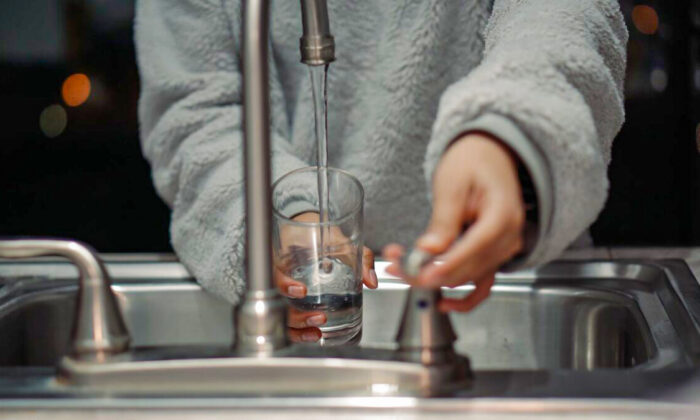 Perchlorate is not found in drinking water at levels of public health concern to support regulation, the U.S Environmental Protection Agency has said. (SHTTEFAN/Unsplash)
Policies & Impacts

The U.S Environmental Protection Agency (EPA) on March 31 announced that it will not regulate the chemical called perchlorate in drinking water.

Perchlorate is widely used in rocket fuel and munitions, fertilizers, and is also a component of fireworks and airbag initiators for vehicles, among other things.

While it can occur naturally, high concentrations have been found in at least 26 states, typically near military bases and defense contractors in the U.S. West, particularly around Las Vegas and in Southern California.

Human exposure to high levels of the chemical has been linked to a deficiency of iodide in the thyroid and fetal brain damage. A 2014 study shows that babies born to mothers with high levels of perchlorate during their first trimester are more likely to have lower IQs later in life.

The Trump administration in 2020 decided not to regulate perchlorate after determining that it did not appear in drinking water “with a frequency and at levels of public health concern” and that regulating would not present a “meaningful opportunity for health risk reduction for persons served by public water systems.”

When he first took office, President Joe Biden announced that his administration was launching a review of the Trump-era decision not to regulate perchlorate.

But EPA said on Thursday that it had concluded that the “2020 decision is supported by the best available peer-reviewed science” and thus would not be pursuing drinking water regulation at this time.

However, it will “continue to consider new information on the health effects and occurrence of perchlorate” and will consider if perchlorate should be added to future Contaminant Candidate Lists for possible regulation in the future.

Activists and environmental groups have called on officials to regulate perchlorate due to health concerns.

In 2019, the American Academy of Pediatrics urged (pdf)the EPA to set the “strongest possible” public health-based maximum contaminant level goal for the chemical, “due to the well-established harms of perchlorate ingestion for children.”

“When drinking water or eating food contaminated by perchlorate, children receive higher relative doses than adults because of their lower body weights,” the organization wrote.

“When fetuses are exposed during pregnancy, perchlorate endangers a child’s development. Children born with even mild, subclinical deficiencies in thyroid function may have lower IQs, higher chances of being diagnosed with attention-deficit/hyperactivity disorder (ADHD), and visuospatial difficulties,” the organization wrote.

“The Trump EPA gave perchlorate a pass; it was a bad decision then, and it’s a bad decision now. Tap water across America will remain contaminated by this toxic chemical, which threatens the brain development of babies in the womb, infants, and young children at extremely low levels,” Olson said.

The EPA also noted that its decision does not impact any state standards for the chemical, as some states have set their own limits for perchlorate in drinking water.