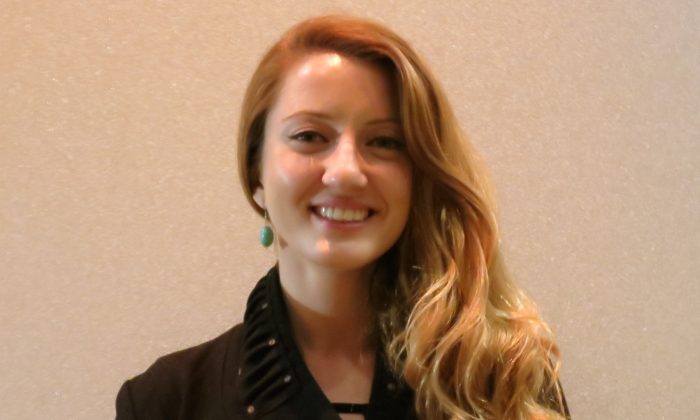 HOLLYWOOD—”It was amazing. It was very nice to be part of something that is from a culture that is so distinct. It was phenomenal,” said Argine Ovsepyan, after watching Shen Yun Performing Arts World Company’s first performance at the Dolby Theatre on January 22.

Ms. Ovsepyan, a producer, works as a consultant at CounterPunch Studios, a CG (computer graphics) animation studio offering a full service pipeline. She also produced an event in LA for “Daybreaker,” an international movement that hosts morning dance parties with the purpose of providing a fun and sober way for attendees to get their day started.

From a producer’s perspective, she said that the entire performance “definitely drew me in. I was very interested in everything that they were doing.”

Ms. Ovsepyan was impressed by Shen Yun’s dances. “It was kind of contagious to see what was happening. You just want more after watching it, and I found myself in awe with a lot of the things that were happening,” she said.

“I was telling my friend, you don’t know what is going to happen next, and then all of a sudden someone has their foot up in the air, and they’re completely fine, and they’re relaxed, like it’s nothing, but it’s so difficult to do and it’s so amazing they’re doing it,” she continued.

According to Shen Yun’s website, “Classical Chinese dance is composed of three main parts: bearing, form, and technical skill. Other than complete training in the fundamentals, it also entails systematic training in movements and postures, as well as very difficult jumping and tumbling techniques. And so, alongside ballet, classical Chinese dance is one of the most comprehensive dance systems in the world.”

Established in New York in 2006 by a group of overseas leading Chinese artists, Shen Yun’s mission is to revive 5,000 years of divinely inspired culture, which has been nearly all but lost under the current atheist communist regime in China.

Ms. Ovsepyan said that every piece had a positive message: “Especially the thing about the truth, the compassion, the tolerance. Everything that they were doing was sending a positive vibe, a positive message out to the public, uplifting each other up.”

Ms. Ovsepyan said that from watching the show, she gained some understanding of Chinese culture.

Ms. Ovsepyan said she would tell her friends to come see Shen Yun.

“It’s a show that will definitely take you, and plug you out from what you’re doing throughout the day, and bring you to the present,” she said.

“It will allow you to touch base with what you’ve been through in life, and what you’ve been doing, and how you show up as a performer, or if you don’t perform, then what you like to see when you’re going out to see a performance.”