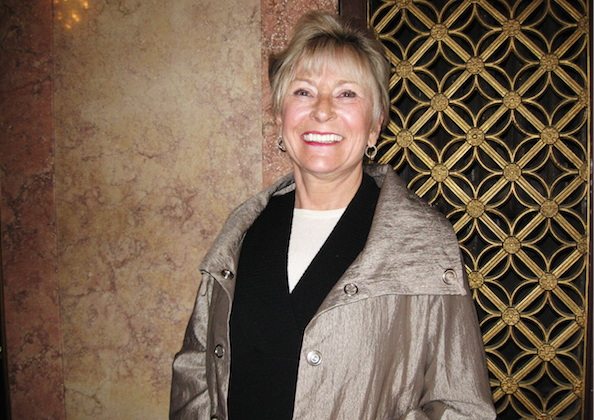 Entertainment Marketer: ‘You’ll never see a production like this’

OMAHA, Neb.—“I’ve seen so many performances, all the way from opera to regular play productions in cities ranging from Omaha to London, and I’ve never seen something like this,” said Terry Calek, the marketing director for Mannheim Steamroller.

“I’m really, really glad I came,” she said. The group she represents “is the 1 Christmas artist in the world,” Ms. Calek explained.

“The costuming [with Shen Yun] was the best I’ve ever seen,” she said.

Shen Yun, based in New York, is known for its hundreds of handmade, striking and colorful costumes. But the purpose of Shen Yun goes deeper than its beauty. It aims to revive millennia of Chinese culture through classical music and dance.

“I loved the series of stories that kind of showed the different parts of China—what the traditions were. I thought it was great,” she said.

Shen Yun showcases two kinds of dance, folks dances from the more than 50 ethnicities in China, and classical Chinese dance, one of the most expressive dance systems in the world.

Due to its expressiveness, classical Chinese dance enables its performers to depict mini-dramas through dance. Thus, Shen Yun uses the dance to tell stories from legends, myths, and literary classics.

“I think it’s wonderful, and I think that all of us can learn from the stories that they told. I just think it’s such a shame that they won’t show it in China because I think it negates the people’s knowledge of their history,” she said.

Some of the dances relates stories about the current situation in communist China—the repression of people of faith. For this reason, Shen Yun is banned from the country.

These thoughts and the underlying spirituality of the program left her feeling thoughtful. “It’s something I’ll remember,” she said.

The program can help us, she felt, in many ways, with “just about everything [of] our troubled times.” Ms. Calek said that you need to “step back and see that you’re part of such a greater universe and part of the greater whole.”

She would absolutely recommend the performance. “I’d say that you would be remiss if you missed it and you’ll never see a production like this. It’s so unique,” she said.