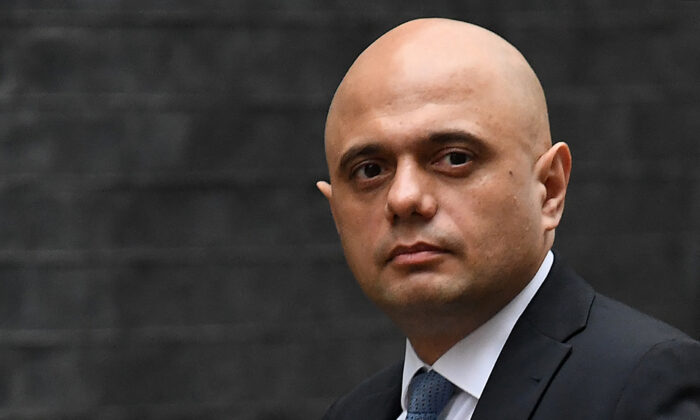 The latest government U-turn came just three days before the deadline by which National Health Service (NHS) and other health care workers would have to get their first doses to avoid redeployment or termination.

The deadline will no longer apply while the government carries out a two-week consultation on the proposed policy reversal before putting a motion to Parliament for approval.

However, the vote in Parliament could be a formality as the main opposition Labour Party—which supported the mandates—said it will also support the government on their reversal.

In the previous consultation on mandating the vaccines for older adult care homes, 57 percent of the respondents opposed the proposal, while 65 percent of those responding to the consultation on extending the mandate to the NHS and wider social care sector were against the mandate (pdf). In both proposals, the responses from the sectors were mixed, while the service users—who the mandates aimed to protect—mostly opposed them.

The policy reversal means patient-facing NHS and other health and social care staff who choose not to take the CCP (Chinese Communist Party) virus vaccines will not have to be redeployed or sacked from April 1.

However, Javid insisted that health care workers have a “professional duty” to take the vaccines, saying those “who would not do the responsible thing and choose to remain unvaccinated” were “choosing to walk away from their jobs in health and care.”

Javid told MPs that he had asked the NHS to “review its policies on the hiring of new staff and the deployment of existing staff, taking into account their vaccination status,” and ordered a consultation on updating the Code of Practice for England’s health care and social care providers registered with the Care Quality Commission.

He also asked health regulators to “urgently review current guidance” on vaccinations to “emphasise their professional responsibilities in this area.”

Javid said the government estimates 19,300 workers have already lost their jobs due to the care home vaccine mandate, which came into effect in November 2021. These workers are now free to reapply to their old jobs, but the health secretary declined to offer them continuity of service and pension contributions, saying it was “their choice” to leave their jobs rather than “do the professional thing” and get vaccinated.

Javid said the government “makes no apology” for proposing the mandates when the Delta variant of the CCP virus was dominant, arguing it was the right policy at the time as “the weight of clinical evidence in favour of vaccination as a condition of deployment outweighed the risks to the workforce.”

He said the policy reversal is due to two new factors: England’s population is “now better protected against hospitalisation from COVID-19,” because of both the widespread natural immunity from the highly infectious Omicron variant and the vaccination programme, and that the Omicron variant, which currently dominates in England, “is intrinsically less severe.”

But he refused to rule out mandating vaccination in the future, saying the government “will always listen to the evidence, be guided by the evidence as it has been today.”

Jeremy Hunt, former health secretary and current chair of the Health and Social Care Select Committee, said he’s concerned the U-turn will bring uncertainty to potential future vaccine mandates such as with flu vaccines, while other MPs spoke to support the withdrawal of the mandates.

Several MPs criticised the language Javid used to describe health workers who choose not to be vaccinated, saying it was a “disgrace” and doesn’t show respect to people’s bodily autonomy.

Compared to Scotland, Wales, and Northern Ireland, England has the fewest legal CCP virus restrictions on the general public, but is the only UK nation that has mandated the CCP virus vaccines in the health sector.