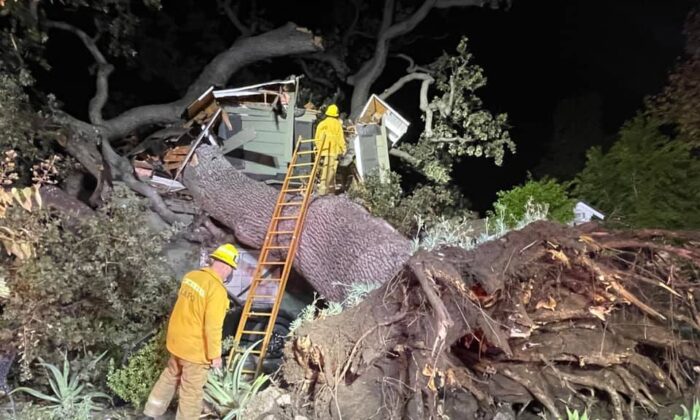 A man was killed when a large tree fell onto a two-story house in Encino, Calif., on Nov. 28, 2021. (Courtesy of Rick McClure and The Los Angeles Fire Department)
Southern California

Dennis Franks died at the scene of his injury, which occurred about 11:15 p.m. Sunday in the 5000 block of North Odessa Avenue, according to the Los Angeles County coroner’s office and the Los Angeles Fire Department.

Franks was in a bedroom when the tree fell onto the structure, LAFD Capt. Cody Weireter told reporters at the scene. Two other occupants of the residence escaped safely.

The oak tree was estimated to weigh 100,000 pounds, the Los Angeles Times reported. Authorities said the weather conditions were calm when the tree fell.