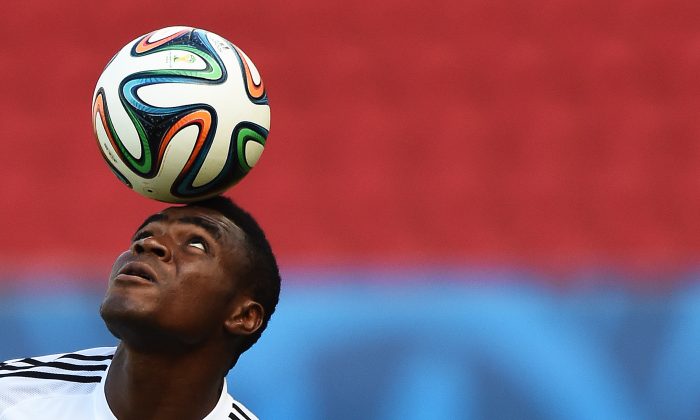 Nigeria's forward Emmanuel Emenike balances a ball on his head during a training session at the Beira-Rio Stadium in Porto Alegre on June 24, 2014 on the eve of a Group F football match against Argentina during the 2014 FIFA World Cup. (JEWEL SAMAD/AFP/Getty Images)
Soccer

Fenerbahce striker Emmanuel Emenike could be on his way to Stamford Bridge later this summer.

Chelsea manager Jose Mourinho is supposedly a fan of the Nigerian forward, and is targeting him for a transfer, Turkish newspaper Fanatik reports.

Emenike has expressed a desire to play for an English side some day.

“I have always dreamed of playing in England,” he said.

“If I get the opportunity to play in England – I wouldn’t turn it down.”