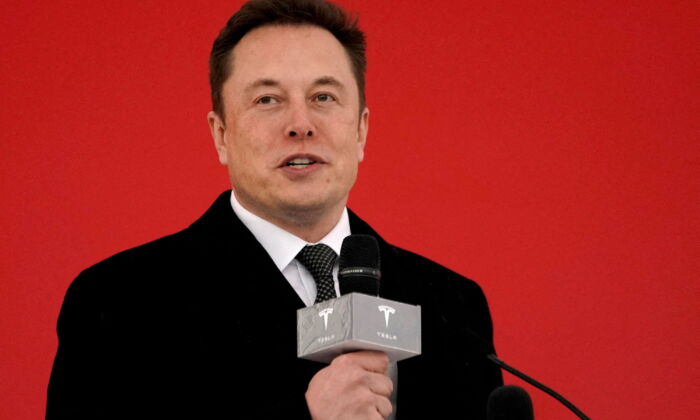 Tech entrepreneur Elon Musk signaled that his $44 billion deal to purchase Twitter might ultimately go through if the social media firm would provide him with data on user accounts and bots.

“If Twitter simply provides their method of sampling 100 accounts and how they’re confirmed to be real, the deal should proceed on original terms,” Musk wrote on Aug. 6 in response to a Twitter user’s comment. “However, if it turns out that their SEC filings are materially false, then it should not.”

In response to a Twitter user asking if the U.S. Securities and Exchange Commission (SEC) is probing “dubious claims” by the company, Musk wrote, “Good question, why aren’t they?”

Musk wrote later that he wants to challenge Twitter CEO Parag Agrawal to a debate. About the same time, he posted a poll asking if fewer than 5 percent of daily users on Twitter were spam or bots. As of the morning of Aug. 7, about 65 percent disagreed with that assertion, while 35 percent agreed.

“I hereby challenge [Parag Agrawal] to a public debate about the Twitter bot percentage. Let him prove to the public that Twitter has [less than 5 percent] fake or spam daily users!” Musk wrote.

After Musk and Twitter jointly announced he would purchase the company and take it private, Musk said he would back out of the deal, accusing Twitter of failing to provide satisfactory answers on its claims regarding the size of its user base. The firm filed a lawsuit against the Tesla and SpaceX CEO to complete the acquisition.

The two sides are scheduled to go to trial in October in a Delaware court that specializes in corporate matters.

In court filings on Aug. 4, Twitter dismissed Musk’s allegation that he was duped into signing a deal to acquire the company.

“According to Musk, he—the billionaire founder of multiple companies, advised by Wall Street bankers and lawyers—was hoodwinked by Twitter into signing a $44 billion merger agreement. That story is as implausible and contrary to fact as it sounds,” the filing from Twitter stated.

Twitter last month accused Musk of creating a “public spectacle” to acquire the company but “apparently believes that he—unlike every other party subject to Delaware contract law—is free to change his mind, trash the company, disrupt its operations, destroy stockholder value, and walk away.”

The suit further alleges that Musk’s comments about the company caused its stock price to plunge in recent months. He filed a countersuit against Twitter on July 29 and accused the firm of intentionally miscounting the number of fake accounts “as part of its scheme to mislead investors about the company’s prospects.”

Musk’s lawyers also argued that Twitter’s reliance on a metric known as mDAU, or monetizable daily active Twitter users, as a basis for calculating revenue is misleading.