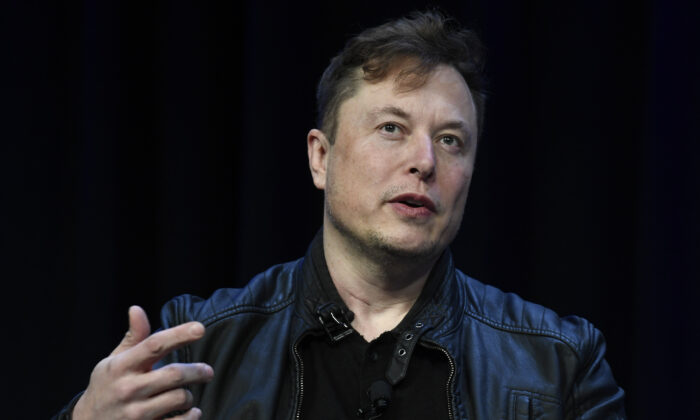 Elon Musk Says Democratic Party Has Been ‘Hijacked by Extremists’

Elon Musk drew criticism from left-wing Twitter users after he posted that the Democrat Party has been “hijacked by extremists.”

On Thursday, Musk posted a meme image that showed a timeline from 2008 to 2021. The picture showed both conservatives and liberals were near the center of the political spectrum, with Musk depicting himself slightly to the left of the center.

But over the next 13 years, the meme shows, Musk is seen remaining near the center while the right remains the same. The liberal figure, which is seen running to the left, then is seen at the extreme left portion of the spectrum while Musk is now on the conservative side.

Later, in response to another Twitter post, Musk wrote: “I strongly supported Obama for President, but today’s Democratic Party has been hijacked by extremists.”

On Monday, Musk and Twitter announced they came to an agreement for Musk, considered the world’s richest person, to purchase the social media website and take it private. The Tesla and SpaceX CEO hasn’t yet assumed control over Twitter, as closing such a deal could take weeks or months, while current CEO Parag Agrawal and other top employees are still employed at the company.

After Musk posted the meme and criticism of the Democratic Party, left-wing users immediately criticized him, and some threatened to leave the site.

“It’s now 100% clear that Musk is part of the GOP propaganda apparatus,” MSNBC contributor Dean Obeidallah wrote in response to the post. “I know you were hoping to be wrong—but it’s clear that Elon Musk is exactly as vile as you thought he was.”

Left-wing commentator and Black Lives Matter activist Shaun King similarly wrote: “The right didn’t move at all during the past 20 years? Zero movement? That’s what this illustration says.”

While novelist David Leavitt issued a response to the image, claiming: “This is propaganda.”

After the Twitter–Musk deal was announced, several celebrities and other verified “blue check mark” users said they would leave the platform.

“Looks like I’m about to say goodbye to Twitter as well. I’ve been pulling back a bit from social media anyway. This will be just the push I need to go all the way on this app,” posted Charles Blow, a New York Times opinion writer.

Musk also wrote early Friday that “the far left hates everyone, themselves included.” Earlier this week, he declared that Twitter should remain neutral and said left-wing users are the ones who are primarily attacking him online.

“For Twitter to deserve public trust it must be politically neutral, which effectively means upsetting the far right and the far left equally,” Musk said.

On Thursday, Twitter reported 229 million daily users in the first quarter of 2022, which is up about 15 million from the December-ended quarter. Analysts said in notes that the rise was higher than expected, although the firm said its revenue rose to $1.2 billion in the first quarter—slightly below earnings forecasts.