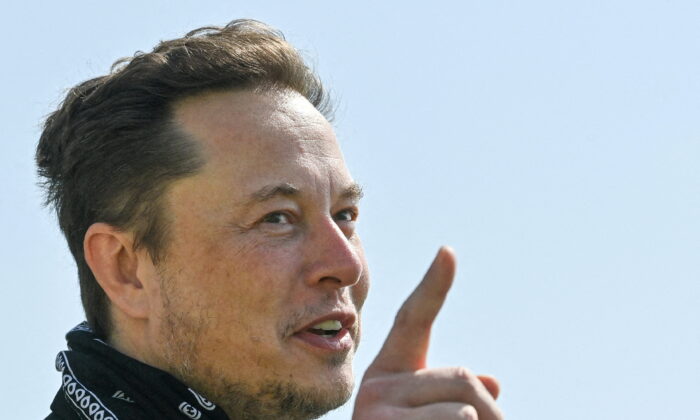 Elon Musk has said he confronted fellow billionaire Bill Gates over the Microsoft founder’s supposed holding of roughly $500 million in Tesla shorts in a series of testy text messages in which Musk rebuffed Gates’s request to discuss climate change philanthropy.

In an April 22 Twitter post, Musk confirmed the veracity of a text message exchange between him and Gates in which the Microsoft founder admitted he was short-selling shares of Tesla, meaning that he was betting on the stock dropping in price.

“Do you still have a half billion dollar short position against Tesla?” Musk wrote in one of the messages, a screengrab of which was shared by the @WholeMarsBlog account on Twitter.

“Sorry to say I haven’t closed it out,” Gates reportedly replied, following it up with a request “to discuss philanthropy possibilities.”

Musk responded by saying he couldn’t take Gates’s proposal seriously if the latter was betting on a drop in Tesla shares.

“Sorry, but I cannot take your philanthropy on climate change seriously when you have a massive short position against Tesla, the company doing the most to solve climate change,” Musk said.

Musk replied by confirming its accuracy, although he said he hadn’t leaked it and that it must have gotten out “through friends of friends.”

“I heard from multiple people at TED that Gates still had half billion short against Tesla, which is why I asked him, so it’s not exactly top secret,” Musk wrote.

Yeah, but I didn’t leak it to NYT. They must have got it through friends of friends.

I heard from multiple people at TED that Gates still had half billion short against Tesla, which is why I asked him, so it’s not exactly top secret.

In what appeared to be a fresh salvo in the apparent spat between the two billionaires, Musk posted a meme on Twitter on April 23 poking fun at Gates’s physical shape, which he followed with another Twitter post suggesting that Twitter moderators were considering whether to take action.

“Shadow ban council reviewing tweet …” Musk wrote, along with an image of cloaked, shadowy figures apparently assembled for some kind of meeting.

Musk has repeatedly taken aim at Twitter for what he has described as the company’s opaque moderation policies while questioning the platform’s commitment to free speech.

He recently bought nearly 10 percent of the company and later offered to buy all remaining shares, saying he has plans to shake up the company’s moderation policies, which have been accused of anti-conservative bias.

Musk told the audience at a TED talk in Vancouver, Canada, that his aim in seeking to buy Twitter was to transform it into an “inclusive arena for free speech,” taking it private and making it open-source for maximum transparency.

“In my view, Twitter should match the laws of the country,” Musk said, acknowledging reasonable legal caps on free speech, such as direct incitement to violence or the equivalent of crying “fire” in a movie theater.

“But going beyond that and having it be unclear who’s making what changes to where, having tweets mysteriously be promoted and demoted with no insight into what’s going on, having a black box algorithm promote some things and not other things, I think this can be quite dangerous.

“My strong, intuitive sense is that having a public platform that is maximally trusted and broadly inclusive is extremely important to the future of civilization.”

Undeterred, Musk has taken further steps to buy Twitter, unveiling a $46.5 billion financing package, part of which would come from his assets, with the remainder coming from bank loans secured against the social media platform’s assets.

Musk said earlier that he didn’t care about the economics of the deal “at all” and that he was pressing ahead with plans to take over Twitter because he believes it has become a “de facto town square” that’s important for democracy and for “the function of the United States as a free country.”