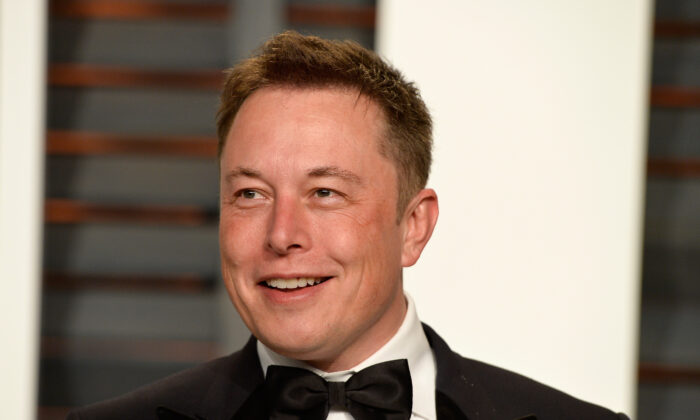 Elon Musk, Person of the Year, Radicalized by Lockdowns

It’s a good call for Time Magazine: it made Elon Musk the person of the year. It’s actually even a remarkable call, and a great omen. Musk is arguably the most prominent opponent of lockdowns and vaccine mandates in the United States.

In his official interview, he refused to take back his last-year denunciation of stay-at-home orders as “fascist.”

He stepped it up even further concerning vaccine mandates.

“I am against forcing people to be vaccinated, not something we should do in America.” Yes, the unvaccinated are “taking a risk, but people do risky things all the time. I believe we’ve got to watch out for the erosion of freedom in America.”

True indeed. For some reason, people have a hard time understanding how someone could be for the right to accept the vaccine but also be against imposing it by force. And yet that position is clearly the most reasonable one, the one consistent with freedom, and good public health.

Something has dramatically changed in the heart and mind of Musk over the several years. At this point, no one can seem to be able to control his mouth. And despite his ambiguous politics of the past, he’s increasingly revealing himself to be what he was raised to be: a brilliant and irascible anarchist.

Only a few weeks ago, he told The Wall Street Journal that the whole of the Democrats’ and President Joe Biden’s $1.9 trillion spending bill on infrastructure should be scrapped. All of it. There is nothing worth anything in it.

“Honestly, I would just can this whole bill.”

Further, he said that he doesn’t want any support for his electric charging stations. He pointed out that gas stations don’t need federal subsidies. He’s fully confident that Tesla can continue to grow and thrive without any federal support.

He’s certainly right about that. And there is nothing surprising in his conclusion.

Just about everyone knows that these huge bills are pork for the rich. They balloon the debt to reward political power and the friends of political power. Nothing more. We know that. The debt will find a buyers’ market mostly because of the Federal Reserve, which, in turn, manipulates money and drives up inflation.

What’s surprising is that someone so rich, so influential, so decisive to our present economic lives, would actually say openly what everyone knows. It’s highly unusual, especially these days. Musk is now America’s most honest plutocrat. He’s beyond being controlled or contrite at this point. In that way, he is a very dangerous man, in the best possible way we can use that term. He had better watch his back.

In the same context, he presented the traditional view of the state that emerged out of the enlightenment and which, in many ways, served as a foundational principle of the American revolution.

“The government is simply the biggest corporation, with a monopoly on violence and where you have no recourse.”

That’s it in a nutshell, the essential insight of traditional liberalism, the one that gave us limits on the state that unleashed human creativity for hundreds of years and built what we call civilization.

Today, White House spokespeople routinely say that no edicts against rights and freedom are “off the table.” Anything is possible. Anything can happen. They will decide. No one says a word; the craven press believes this is just normal. It’s not. It’s dangerous. Musk’s warning about government is the antidote.

There were a number of turning points for Musk personally. A few years back, he got fed up with the dogmatic attacks on crypto and decided to defend it. Then, he trolled harder: he promoted Dogecoin and gave that market a lift. Then, he said he would accept Bitcoin in selling his cars, before reversing that decision later. Still, he stepped out front of the opinion cartel and shattered the prevailing view that Bitcoin is something all of corporate America should avoid.

The past two years have been transformative for him. He’s a businessman above all else. When the government told him that he had to close his factories for a virus, he balked. He began to look at the data (he is trained in economics and statistics). He saw that the infection fatality rate was not highly unusual for this type of virus, and he was clearly aware of the harms that would come from lockdowns to his company, the country, and the world economy.

On May 11, 2020, he tweeted: “Tesla is restarting production today against Alameda County rules, I will be on the line with everyone else. If anyone is arrested, I ask that it only be me.” By the end of the year, he moved Tesla’s headquarters from oppressive California to emancipated Texas. Good on him. Remarkable really.

Two years earlier, his dust-up with the Securities and Exchange Commission made a mockery of the agency. He believes that he should have free speech so he tweeted what he wanted to tweet. The SEC reminded him that this is not a free country and that he cannot do that. He faced their investigatory tribunal, and then resigned briefly as CEO so that he could say what he wanted to say. In the end, he outsmarted them all.

What’s happened to Elon is what has happened to millions of other people. He began to realize that the governing elites in this country are incredibly inept and unwilling to take responsibility for their actions. He noted the completely undemocratic methods and the unscientific rationale that were deployed to bring about lockdowns. For that reason, he has been smeared and put down as a promoter of misinformation. Anyone who has paid attention for the past two years knows exactly what that means: he is telling truths he is not supposed to tell.

Let’s address his relationship with China, which in many respects pioneered the lockdowns he despises. He has said that despite his good relations in China, he disagrees with many policies of the government, just as he disagrees with policies in the United States. This opinion gets him in trouble with both Democrats and Republicans. But we do well to pay attention.

Musk is aware of a truth not often faced in the West: China is destined to be the world’s largest economy and easily so. The lockdowns of 2020 and 2021 meant that the West gave up any chance of stopping this trajectory. China gave us a gun and we shot ourselves in the foot. Beijing must still be laughing. Musk watched this all unfold and it was this that caused him to lose all respect in the governing leadership in the United States.

So yes, he will continue to maintain close ties to China. The U.S. attempt somehow to decouple the United States and China in technology and trade was reckless, even delusional. It led to the chip shortage and supply chain breakages, and incentivized the creation of a robust trade pact that China dominates entirely, while excluding the United States. Sorry to say, but this was Trump’s doing and it was a disaster, not so much for China, but for the United States.

As regards all of these issues—trade, chips, crypto, spending, infrastructure, securities regulation—the single most dangerous thing that Musk has said is that the top goal of the U.S. government now should be to get out of the way. Do nothing. That’s the best path. Laissez-faire. Leave us alone.

This thought caused the transportation secretary to explode in a rage.

“These are things that don’t happen on their own,” said Pete Buttigieg in response. “They require policy attention, and that’s part of our focus both in the charging network that is supported out of the infrastructure bill that the president signed, and the tax credits that will make these vehicles more affordable, that are proposed in Build Back Better.”

Musk will have none of it.

“The government is simply the biggest corporation, with the monopoly on violence.”

The person interviewing him interrupted, “Can you explain that last part?”

Apparently, this is going to take a lot of explaining in the years ahead.

For all the controversy, the hypocrisy, and the mixed messaging over the years, Elon Musk has turned into a true American, a resistor, a revolutionary. His influence in business and philosophical outlook offers a real path forward. He deserves every congratulation for refusing to go along with ruling-class ideology and instead demand that most essential thing: the freedom to trade, speak, run a business, and innovate without government interference.

That he has been named Person of the Year portends more than Time magazine knows. There is a new spirit of resistance alive in the land, and Musk embodies it as well or better than anyone else in his position. In that case, there are many people and institutions in this country and around the world that should be very worried.