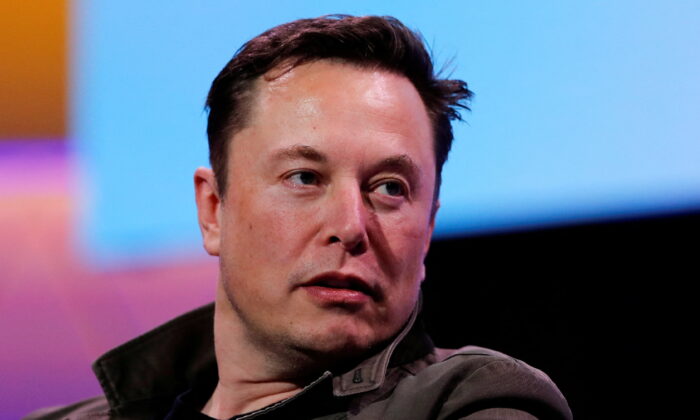 Tesla CEO Elon Musk says he expects a recession in the United States to last around 18 months, although he anticipates it will be “relatively mild.”

Musk made the comments at the electric vehicle makers’ annual shareholder meeting on Aug. 4.

While he joked that “making macroeconomic prognostications is a recipe for disaster,” the businessman said his personal guess is “that we are past peak inflation and that we will have a recession. … I’m just guessing here, this is total speculation. But I would guess it’s a mild recession for … 18 months or something like that,” Musk said.

Musk said he based his forecast on the commodity prices Tesla is being asked to pay for the materials it needs to make its vehicles in advance, which he said gives the company insight into where prices are generally heading.

“We do get a fair bit of insight into where prices of things are going over time, because when you’re making millions of cars, you have to purchase commodities many months in advance of when they’re needed,” he said.

He said that the prices Tesla is seeing are trending downward, which “suggests that we are past peak inflation” and that he believes “inflation is going to drop rapidly” at some point in the future.

Musk’s prediction comes amid a challenging economic environment and inflation levels at 9.1 percent, which has prompted economists to predict an impending recession, although many share differing views with regard to when such a recession may happen and how devastating it may be.

Some economists say the United States is already in a “technical recession,” although the National Bureau of Economic Research, the organization that declares when the country enters a recession, has yet to do so.

Still, multiple companies across the United States have laid off employees and slowed down new hires in recent months; most recently Walmart, which announced a string of corporate layoffs on Aug. 3.

Musk previously said in June that Tesla would look to cut its salaried workforce by 10 percent over the next three months, amounting to a roughly 3.5 percent reduction in total headcount at the company.

The businessman said at the time that the company had grown “very fast on the salaried side” but had previously expressed his concerns about the economy.

Musk also revealed in June that its Gigafactories in Texas and Berlin are “losing billions of dollars” owing to battery shortages and supply chain disruptions prompted by government-mandated COVID-19 lockdowns in China.

During the shareholder meeting on Aug. 4, Musk also said that Tesla is still hoping to produce the Cybertruck in mid-2023 but will not be able to sell them with the same specifications and pricing that were originally provided in 2019 due to the impacts of inflation.

“I hate to give a little bit of bad news,” Musk said. “But there is no way to have anticipated the inflation we have seen and various issues.”

Another threat to the U.S. economy is the so-called Inflation Reduction Act which was recently passed by the Senate and House Democrats.

The bill, which includes $700 billion in new spending, was the product of a year of harried negotiations, compromises, and disappointments for Democrats as they tried to pass the much larger $1.75 trillion Build Back Better (BBB) Act.

According to an analysis by Americans for Tax Reform, a U.S. advocacy group, the spending bill includes a number of tax hikes on American households and businesses.

This includes a $6.5 billion natural gas tax that ATR says will increase household energy bills, a $12 billion crude oil tax that will end up being passed on to drivers in the form of higher gas prices, and a $52 billion income tax hike on mid-sized and family businesses.

In a separate analysis, ATR said that the Democrat bill’s changes to the book tax threaten small businesses.

Elaborating on that theme, economist and author Antonio Graceffo wrote in an op-ed for The Epoch Times that the so-called “Inflation Reduction Act” would drive up prices for American households.

“Nearly half of these new taxes will be paid by manufacturers, creating disincentives to produce. Diminished industrial output will drive up the cost of goods and reduce the variety and quantity of goods available on store shelves,” Graceffo wrote.

“Beyond the manufacturing sector, the act increases taxes on businesses in general, which, combined with higher interest rates will decrease new investment and hamper job creation. Ultimately, these increased costs will be passed on to customers,” he added.

The article has been updated to reflect the newly-passed Inflation Reduction Act.