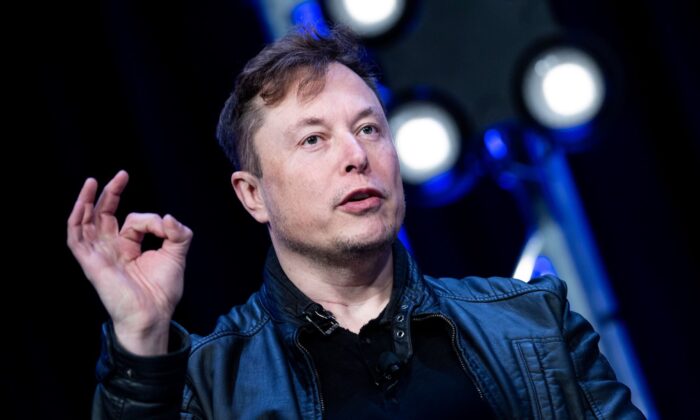 Elon Musk, founder of SpaceX, speaks during the Satellite 2020 at the Washington Convention Center in Washington on March 9, 2020. (Brendan Smialowski/AFP via Getty Images)
By Katabella Roberts

Twitter will be revising how it verifies users of the social media platform, billionaire businessman Elon Musk confirmed on Oct. 30.

Musk wrote on Twitter that the “whole verification process is being revamped right now,” but did not provide further details.

His post came in response to a question from spaceflight photographer John Kraus, who had asked for help with verifying his account on the platform after being “denied some 4-5 times despite [having a] large following and working to share spaceflight/rocket launches to the masses via my photography.”

“Published in a plethora of huge outlets but Twitter doesn’t seem to care,” Kraus wrote.

Musk’s confirmation regarding changes to Twitter’s verification process for accounts that are “authentic, notable, and active” will no doubt bring welcome relief to many users of the platform, given its current difficult and often confusing verification system.

Under that system, users must upload identification to Twitter and prove that the account either represents or is associated with “a prominently recognized individual or brand.”

The account must also “be active with a record of adherence to the Twitter Rules,” according to Twitter, and must “not have had a 12-hour or 7-day lockout for violating the Twitter Rules in the past 12 months,” which excludes successful appeals against the lockouts.

The request for verification is then considered by Twitter and if denied, results in a simple message from Twitter that does not provide details as to why the verification request was rejected.

Elsewhere on Sunday, Musk addressed a recent report by The New York Times that the businessman planned to lay off some Twitter employees ahead of Nov. 1, when they were allegedly scheduled to receive stock grants as part of their compensation.

The New York Times wrote that the grants “typically represent a significant portion of employees’ pay” and that by laying off workers before that date, Musk “may avoid paying the grants, though he is supposed to pay the employees cash in place of their stock under the terms of the merger agreement.”

The same report stated that Musk has also ordered job cuts across the company.

Musk branded the report “false” on Twitter but did not provide further details.