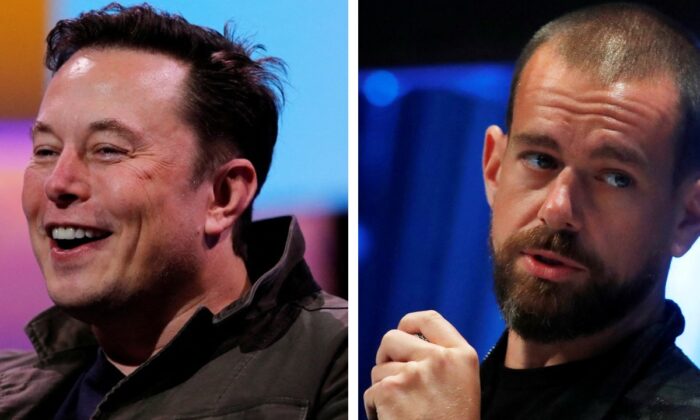 Jack Dorsey, the co-founder and former CEO of Twitter, threw his support behind Elon Musk’s deal to take the social media platform private, with a Twitter thread that begins with a link to Radiohead’s “Everything In Its Right Place.”

The Twitter board had unanimously approved the Tesla and SpaceX CEO’s unsolicited offer amidst polarizing reactions and a shift in content moderation policies that some users claim has already begun. As the drama unfolds, Dorsey weighed in with his opinion regarding the takeover and Twitter’s future with Musk at the helm.

“In principle, I don’t believe anyone should own or run Twitter,” Dorsey said late Monday. “It wants to be a public good at a protocol level, not a company. Solving for the problem of it being a company, however, Elon is the singular solution I trust. I trust his mission to extend the light of consciousness.”

Dorsey said in the thread that Twitter has always been “my biggest regret,” and taking it back from “Wall Street” was the “correct first step” for the popular platform.

Musk said on Saturday that Twitter’s board was not acting in the interests of its shareholders and that board members would be paid nothing if he takes over. Although Dorsey said that the executive board has “consistently been the dysfunction of the company,” his recent posts suggest he has some hopes that Musk can build a working team.

“Elon’s goal of creating a platform that is ‘maximally trusted and broadly inclusive’ is the right one. This is also @paraga’s goal, and why I chose him. Thank you both for getting the company out of an impossible situation. This is the right path … I believe it with all my heart,” Dorsey posted, referring to Parag Agarwal, the current CEO of Twitter who took over from Dorsey in November.

Musk’s $44 billion offer was initially rejected by Twitter’s board. With 84.6 million followers on the platform, Musk has been one of Twitter’s biggest critics and has advocated for free speech. He has since said he will make the algorithms used by the platform open source.

Musk’s proposed reforms to content moderation have led many “blue checkmark” journalists and prominent commentators to react with hostility to the takeover while advocating for a mass exodus from the site.

“Not sure I am interested in Twitter if Elon Musk owns it,” said CNN contributor, John W. Dean.

Musk said on Monday after the approval of the deal, “I hope that even my worst critics remain on Twitter, because that is what free speech means.”

Dorsey ended the thread saying, “I’m so happy Twitter will continue to serve the public conversation. Around the world, and into the stars!”

Meanwhile, some users with conservative political leanings are claiming to have regained followers in an interesting development that, if true, immediately followed the Twitter board approving Musk’s offer.

“WOW. I am picking up followers en masse for the first time in years on here,” said Raheem Kassam, editor-in-chief of The National Pulse. Kassam currently has 381,000 followers on Twitter.

“Yep. @elonmusk should find out what they did differently today. I had previously lost 200k plus in the Big Purge last year,” said former U.S. director of national intelligence Richard Grenell, who has 756,900 followers.