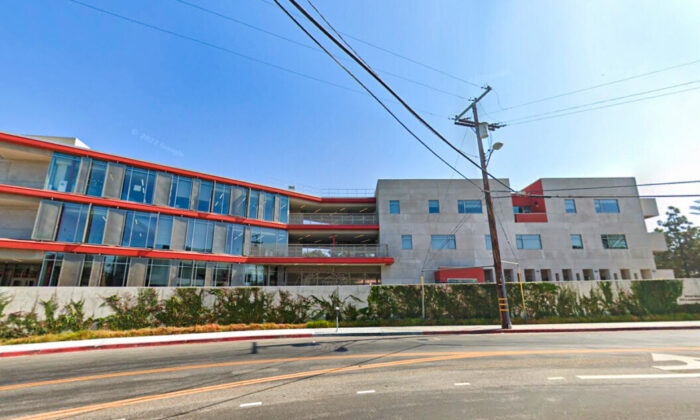 A street view shows the Brentwood School in Los Angeles in June 2022. (Google Maps/Screenshot via The Epoch Times)
Southern California

An elite private high school in Los Angeles is facing legal challenges by a parent who claims his daughter was kicked out after he complained that the school’s new curriculum is “racially divisive” and antisemitic.

Last week, Jerome Eisenberg filed a lawsuit against Brentwood School and its head, Michael Riera, for breach of contract, violation of the Unruh Civil Rights Act—which protects individuals from discrimination by California businesses—and intentional infliction of emotional distress, among other claims.

The lawsuit claims the school “pulled a bait-and-switch with the school’s curriculum and culture,” after accepting parents’ $50,000 annual tuition payments.

After the 2020 Black Lives Matter movement, the lawsuit alleges, Brentwood gave control of its curriculum and community policies to its Office of Equity and Inclusion, which changed the curriculum just before the start of the 2020–21 school year.

“The curriculum shifted away from teaching students critical thinking skills—how to think—and started indoctrinating them into what to think, based on Brentwood’s preferred political fad of the moment,” the complaint states.

According to the complaint, the new curriculum’s ideology is antisemitic because it “treats Jewish people as ‘oppressors’ due to their ‘proximity to whiteness’ while ignoring the actual treatment of Jews around the globe throughout all of recorded history.”

The complaint also claims Eisenberg and other Jewish parents were prevented from participating in the school’s policy-making decisions, though parents who were members of other ethnic affinity groups were included.

After Eisenberg complained, Riera allegedly told Eisenberg that his daughter, an eighth-grade student, would not be allowed to return to Brentwood for the next school year.

In addition, Eisenberg claims his daughter’s English class replaced classic novels, including “To Kill a Mockingbird” and “Lord of the Flies,” with books such as Ibram X. Kendi’s “Stamped,” a book that “reveals the history of racist ideas in America, and inspires hope for an antiracist future,” according to the book’s website.

The lawsuit alleges that the curriculum changes were initially withheld from parents.

“[The] English Department told parents that if they wanted their children to read Shakespeare or Hemingway, they should do it in their own free time,” the complaint reads.

The complaint also alleges that in January 2021, the school hosted separate meetings for faculty, staff, and families based on whether they were white or black.

However, a spokesperson for Brentwood School said in a statement to The Epoch Times that the allegations were “baseless, a work of whole fiction and nothing more than a desperate attempt to embarrass the school.”

“The plaintiff’s arguments are unsupported by actual facts, and we look forward to proving that in court,” the statement said.

Brentwood School is known for educating the children of Hollywood actors and high-profile figures such as Arnold Schwarzenegger, Reese Witherspoon, Dennis Quaid, and Meg Ryan.