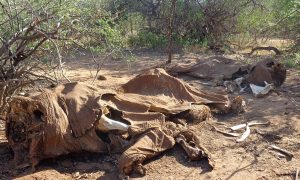 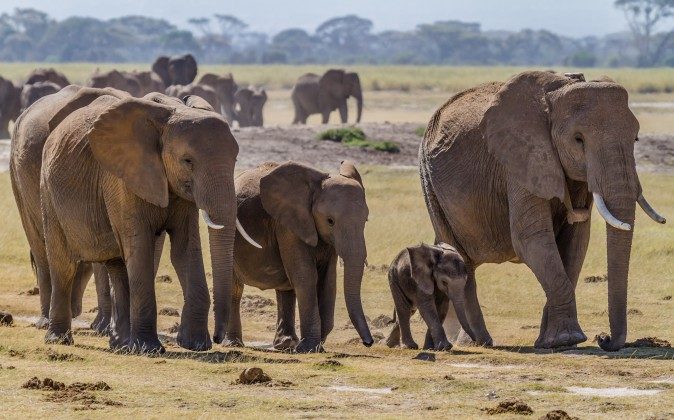 “Our study suggests that the elephants are responding to a common environmental signal. The change in their movements occurs well before — from days to weeks — of any rain in the elephants’ current location,” researcher Oliver Frauenfeld said.

Namibia, where the research was conducted, is in a region of Africa that only receives rain between January and March. The rest of the year is hot and dry.

“The onset of the rainy season there is very abrupt and lasts just a few weeks, and the rest of the time, there is little or no rain at all,” Frauenfeld said.

Like many other animals in southwest Africa, elephants take full advantage of water when it is available. Indeed, they are constantly migrating, in search of both water and food. Yet, researchers had noticed that herds will sometimes abruptly change direction during their migrations, for no apparent reason.

The researchers wondered if the direction changes might have something to do with rain. So they planted GPS tracking devices on elephants from 14 different herds and recorded their movements for seven years. At the same time, the researchers used satellite weather data to record rainfall patterns in the elephants’ home ranges.

They found that the elephants did indeed change directions to move toward distant sources of rain — as much as 150 miles away, in fact.

“With the GPS device attached to them, we learned that the elephants can detect thunderstorms at great distances,” Frauenfeld said.

The researchers still do not know how the elephants are able to detect such distant storms, though they suspect that they are able to hear them in some way.

“We don’t know if they can actually hear the thunder or if they are detecting other low-frequency sounds generated by the storms that humans can’t hear,” Frauenfeld said. “But there is no doubt they know what direction the rain is.”

“[R]ain-system generated infrasound, which can travel great distances and be detected by elephants, is a possible trigger for changes in their migration patterns,” he said.

Tracking rainstorms might also help conservationists predict where elephant herds are going to move, helping to protect them from illegal hunting, the researchers suggested. The timing of this suggestion was particularly pertinent, coming just days after a study published in the Proceedings of the National Academy of Sciences warned that some African elephant populations are likely to go extinct due to overhunting within 10 years, and the species as a whole may be gone within 100 years.

The study found that, between 2010 and 2013, approximately 35,000 African elephants were killed by humans each year. This amounts to 7 percent of the species population per year, outstripping the 5 percent population increase from new births. Central Africa has been especially hard hit, losing 60 percent of its elephants in just the last 10 years.

In Central Africa, it is estimated that elephant numbers have fallen by about 60 percent in a decade.

“We are talking about the removal of the oldest and biggest elephants [by ivory poachers],” said lead author George Wittemyer of Colorado State University

“That means removal of the primary breeding males and removal of family matriarchs and mothers. This leaves behind orphaned juveniles and broken elephant societies.”

“We are shredding the fabric of elephant society and exterminating populations across the continent.”