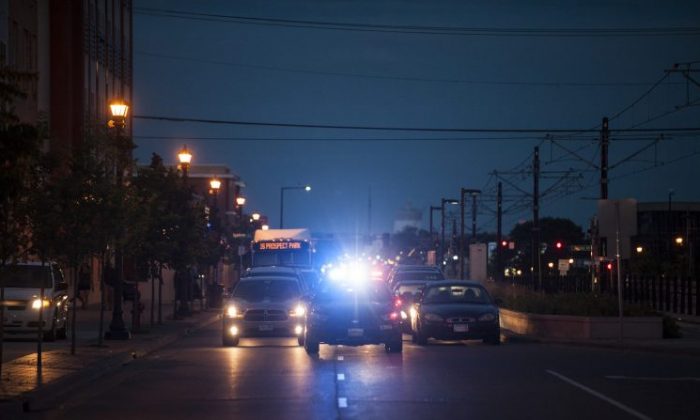 Elderly Man Killed by His Own Dogs

An elderly man was attacked and killed on Saturday, Nov. 4, by two of his own dogs in Richmond County, North Carolina.

The incident, involving a pit bull and a mixed breed dog, took place just before 12:30 p.m. During the attack, a young boy who lived next door tried to get the dogs off the man by throwing bricks at them, according to Hamlet police chief, Scott Waters.

The man, whose name has not as of yet been released, owned five dogs—including the two dogs that attacked him, ABC-affiliate WSOCTV reported.

The man’s neighbor, 9-year-old Kanorie Parnell, told Richmond County Daily Journal that he tried to protect the man from the onslaught.

“I threw bricks at the dogs to try and get them off of him,” Kanorie told the newspaper. “Only they wouldn’t get off of him.”

Hamlet Police and Richmond County sheriff’s deputies responded to the incident on Saturday at about 1 p.m. About 10 official cars lined the street, including an ambulance, an animal-control vehicle, a Hamlet Fire Department pickup equipped with winches, and several cruisers.

By 1:15 p.m. officers had captured the pit bull using a lasso and a bar to keep the animal from biting them. They put it into a locked windowless box where the dog could be heard thrashing against the sides, the Daily Journal reported.

The second dog took longer to capture, and at one point, the officers were thinking about closing off the street “in case we need to use force on the dog,” according to the paper.

The family living next door at 306, had watched the ordeal from their house. Kanorie’s mother, April, told the Daily Journal that her family had been close with the man, who she said was 69 years old. She said that he would often escort her children to the bus stop.

According to the Daily Journal, the man got up every day at 5:30 a.m to take his five dogs for a walk—first with one pair, then another pair, and finally, the fifth by itself—his energetic black and white pit bull. He lived at 308 W. Hamlet Ave.

According to WSOCTV the kids next door called him “grandpa.”

April said that two dogs, Little J and RJ, had been fighting earlier in the day until the elderly man broke up the dogfight by placing himself between the animals, punching the dogs to separate them.

Later in the day, the same two dogs allegedly attacked the elderly man.

“The dogs were probably retaliating,” April told the Daily Journal.