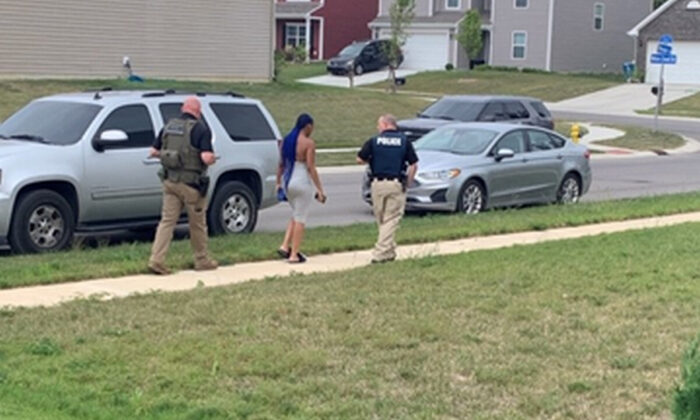 8 Missing Children Rescued in Indiana by US Marshals

Eight missing children have been found as part of “Operation Homecoming,” an emergency operation in the Indianapolis area, the U.S. Marshals Service announced.

The federal law enforcement officers located the children between Aug. 31 and Sept. 4, the service said. An adult also was arrested during the operation on charges that include parental kidnapping, possession of weapons, and intimidation.

The children, who are between the ages of 6 and 17, “were considered to be some of the most at-risk and challenging recovery cases in the area, based on indications of high-risk factors such as victimization of child sex trafficking, child exploitation, sex abuse, physical abuse, and medical or mental health conditions,” the U.S. Marshals said in a statement.

They were placed in the care of the Indiana Department of Child Services.

Participating officers were given case files and investigated the children’s whereabouts starting with last-known addresses, homes of friends, and schools, according to the statement.

“The Marshals are committed to assisting state and local agencies with locating and recovering endangered missing children to help prevent their falling victim to crimes of violence and exploitation,” said Dan McClain, the U.S. Marshal for the Southern District of Indiana. “The message that we wish to convey to the missing children and their families is that we will use every resource at our disposal to find you.”

Over the past several weeks, there have been operations under different names to find missing children around the United States.

Fifty children were recovered in similar operations that recently took place in Georgia and Ohio, according to the U.S. Marshals.

“The message to missing children and their families is that we will never stop looking for you,” Donald Washington, director of the U.S. Marshals, said in a statement.

At a press conference announcing the news, Washington told reporters that the operation is among the missions that the Marshals are “very proud of” but “that we wish we didn’t have.”

“As successful as this operation was there is a harsh reality here—the harsh reality is, ‘Gee, why are we doing this in the first place? Why do we have missing, endangered children?’” he said. “The stats are that in every 40 seconds, there is a child abducted in the United States.”

The Georgia operation, a culmination of several months of planning, was carried out by the U.S. Marshals Service Missing Child Unit and its Southeast Regional Fugitive Task Force, as well as a number of state and local agencies, including the Georgia Bureau of Investigation and the National Center for Missing and Exploited Children.